B-17 'Flying Fortress' came to Livermore Airport annually, crashed in Connecticut while on tour 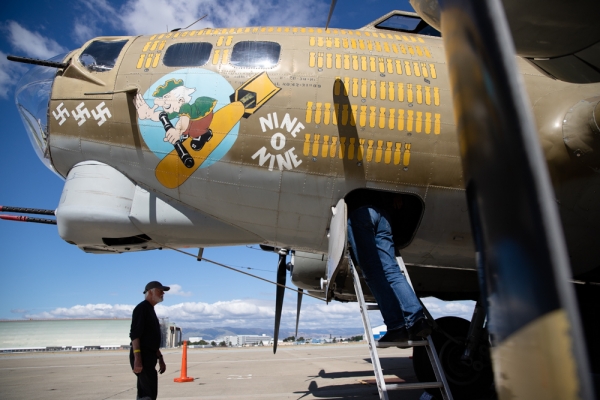 Visitors climb into and walk around the Boeing B-17 Flying Fortress at the Wings of Freedom Tour's stop at Moffett Airfield on May 20. The vintage World War II plane was on tour in Connecticut when it crashed on Oct. 2. Photo by Magali Gauthier 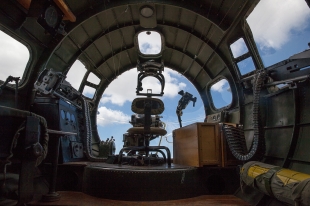 The cockpit inside a B-17 during the Wings of Freedom tour stop at Moffett Field on May 24, 2016. Photo by Michelle Le