Playwright in the hills | News | PleasantonWeekly.com |

Playwright in the hills 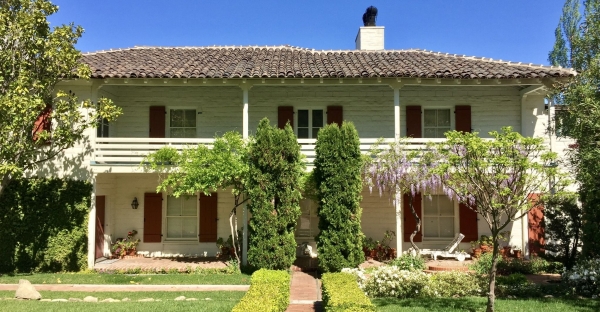 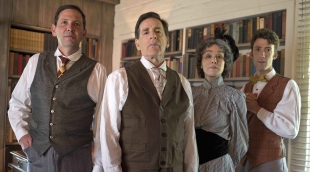 Members of the Eugene O'Neill Foundation, Tao House, work hard to spread the word that O'Neill spent seven of his most productive years, 1937-44, living in the home he and wife Carlotta Monterey built in the Tassajara hills.

"I often speak at civic clubs, and oftentimes at least half of the audience will say they were previously unaware of Tao House," foundation president Dan McGovern said.

The 20th annual Eugene O'Neill Festival, which runs Aug. 24 to Sept. 29, is the perfect opportunity to explore Tao House and its grounds as well as the works of the famous playwright. The site is managed by the National Park Service, and visitors take a shuttle from the Museum of the San Ramon Valley in downtown Danville.

O'Neill (1888-1953) is the only American playwright awarded the Nobel Prize for Literature as well as four Pulitzer Prizes. He was among the first to use realism in his works with characters, often marginalized, who spoke in the vernacular. He also tackled controversial issues such as the power of the unconscious mind.

The O'Neills used his Nobel Prize award money of $40,000 to purchase 158 acres in the west Danville hills and build their Tao House, blending his interest in Eastern thought and her love of Asian art with Spanish-style bricks.

In his study at Tao House, he wrote his greatest plays: "The Iceman Cometh," "Long Day's Journey into Night," "A Touch of the Poet" and "A Moon for the Misbegotten."

This year the Eugene O'Neill Festival is dubbed "Haunted Poets," presenting works by O'Neill and his contemporary Tennessee Williams, who both wrote plays to exorcise the demons of their pasts.

"'Long Day's Journey' is still the best attended play at Tao House," McGovern said. "It is considered not only O'Neill's greatest play but by many people the greatest American play."

The festival is also presenting "The Glass Menagerie," an autobiographical play by Williams. Its characters are based on Williams' melodramatic mother and mentally fragile sister. This play will be presented at the Village Theatre in Danville and is directed by Chloe Bronzan.

A third play at the festival is "The Second Girl" by Irish-American playwright Ronan Noone. It is set in the kitchen of the Tyrone family on the same day in 1912 that "Long Day's Journey" takes place.

This work, also directed by Eric Fraisher Hayes, tells of the plight of all immigrants trying to make their way in a new world. It will play twice at the Museum of the San Ramon Valley; a playwright reception will be held at 6 p.m. on Aug. 24, before the evening performance.

"'Second Girl' is quite interesting," McGovern said. "My wife Carolyn and I saw a performance in Galway, Ireland, two years ago."

Last year the Eugene O'Neill Festival teamed up O'Neill enthusiasts in Ireland to present "One Festival, Two Countries." It began in Danville then continued in the Irish town of New Ross for its first celebration of the playwright, whose father James O'Neill set sail from there to America in 1847 at the age of 5.

The collaboration seems fitting, McGovern noted, because Eugene O'Neill stated: "The one thing that explains more than anything about me is the fact that I'm Irish."

The New Ross celebration continues this year with the second annual O'Neill Festival of Theatre from Oct. 9-13, and McGovern is co-chairman.

"We are taking our production of 'Long Day's Journey' to Ireland," he said.

The McGoverns are among O'Neill enthusiasts who travel the world to see plays and visit notable sites of the playwright. These include the old family home in New London, Conn., where they stayed when father James O'Neill had breaks in his lifelong career performing "The Count of Monte Cristo."

"Carolyn and I were fortunate enough to attend a production in that house a year ago," McGovern said. "The parlor is really quite small so there were only about 22 in the audience."

The Old Barn at Tao House seats 95, making for another intimate experience.

To learn more about the Eugene O'Neill Foundation, Tao House programs, the playwright and the festival, visit www.eugeneoneill.org or call 838-0249.

McGovern noted that the Danville Town Council is supportive of the foundation as members work to preserve and herald the treasure in the hills.

"I make every effort to meet everybody who attends one of the festival performances, and I am delighted to find every so often folks who say they've always intended to come and at last they have," McGovern said.

Picnic meals from Sideboard available for $25, reservations required. Everyone is driven by shuttle from Museum of the San Ramon Valley to the Tao House, with early shuttles for picnickers and the chance to tour Tao House.

Tickets for all shows: www.villagetheatreshows.com or call 314-3400

Repairing a Disagreement with your Beloved & “Physical” vs. “Social” Distancing
By Chandrama Anderson | 0 comments | 1,249 views