Centennial Trail reopens to public after flood repairs are completed 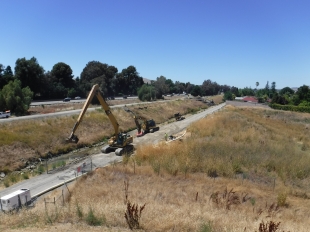 A stretch of the Centennial Trail in Pleasanton was reopened to the public on July 26 after repairs to an adjacent flood control channel were recently completed. (Courtesy photo)