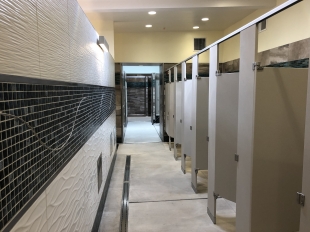 Inside the locker rooms, the new tiles on the walls make wave patterns. (Photo courtesy of Michelle Stearns-Dunaway)