Shakespeare cometh to the Tri-Valley

Two companies putting their own twists on the Bard 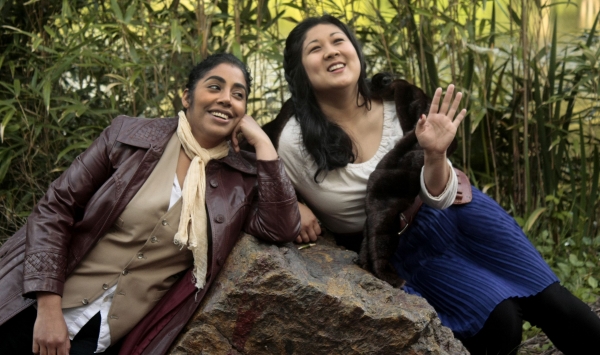 Free Shakespeare in the Park is presenting "As You Like It" as a musical with Regina Morones as Rosalind (left) and Anne Yumi Kobori as Celia. (Photo by John Western) 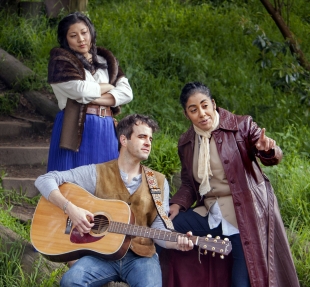 Free Shakespeare in the Park is presenting "As You Like It" with (from left) Anne Yumi Kobori as Celia, Michael Barrett Austin as Orlando and Regina Morones as Rosalind. (Photo by John Western)

1 person likes this
Posted by Not my favorite
a resident of Another Pleasanton neighborhood
on Jul 5, 2019 at 3:15 pm

We have been big fans of Shakespeare in the Park for 4 years. This was not our favorite. The songs were not the best and seemed out of place. The singing was probably good but the acoustics were so bad for this - it sounded not great. I cringed a few times with the “harmonies”. If you miss this year - don’t feel bad.

SF shakes - it was an interesting experiment - please don’t do it again.

I feel the opposite; I really enjoyed the music they wrote for this production. It’s true that there are occasional microphone issues and one or two performances are a little flat, but for a free Shakespeare play in the park, I’d say this is well worth seeing.

Like this comment
Posted by family with teens
a resident of another community
on Jul 6, 2019 at 7:30 pm

This play was a big hit with our family. The music really helps explain the plot to younger (and older) audiences. I thought it was terrifically integrated into the play.

Report Objectionable Content
Email Town Square Moderator
1 person likes this
Posted by Another family with teens
a resident of Another Pleasanton neighborhood
on Jul 7, 2019 at 2:19 pm

We have teens and they did not like the songs at all.