Pilots and public to celebrate aviation -- and enjoy a drone show 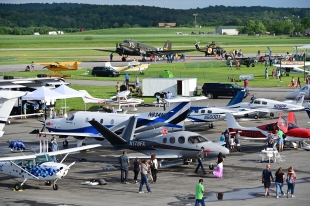 Looking forward to the AOPA Fly In! I hope young people attend because it is a good opportunity to generate interest in a wonderful character building STEM activity.