Around Pleasanton: Oakland Temple set for rededication on Sunday 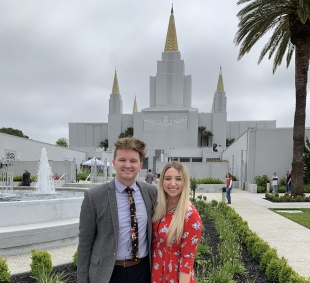 Jordan Nally and his wife Brielle, both seniors at Brigham Young University-Idaho, at the renovated Oakland temple of the Church of Jesus Christ of Latter-Day Saints ahead of its rededication and opening Sunday, June 16. (Photo by Jeb Bing)