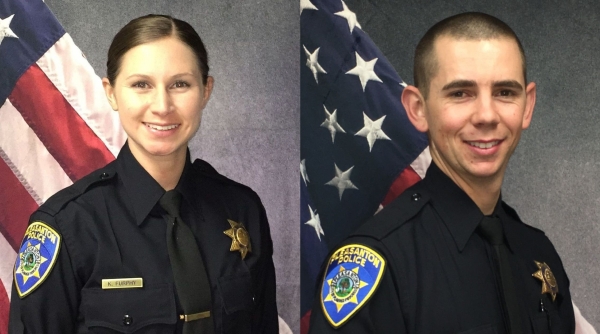 Officers Kayla Furphy and Robert Kidd, both Tri-Valley high school alums, have been hired by the Pleasanton Police Department. (Photo courtesy of PPD)