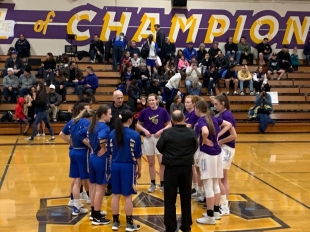 The captains for the Amador Valley and Foothill girls varsity teams meet before the start of their rivalry game last week. The Dons won 52-30. (Photo by Jeff Guidice)