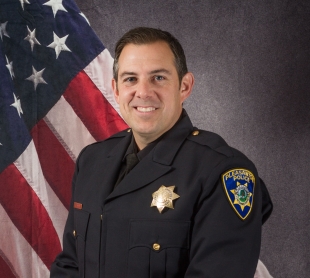 We salute Sgt. Marty Billdt for getting involved in helping some one in distress as it can be very frightening to be choking and not being able to tell anyone what the problem may be! Good training but better that he had good listening and put all that into ACTION when he did and he was aware something had gone wrong. We hope that we have a guardian angel such as Sgt. Billdt near by if we should get into any distress.

Thank You or being there for the wife and helping her husband!
Pleasanton is lucky to have you on our side.