Day of performances ends with presentations 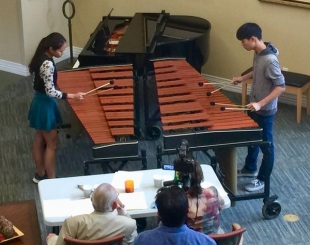 Arnor Chu (right) earned second place in the music category for his performance on the marimba, for a prize of $500, accompanied by Nina Lim. (Contributed photo)