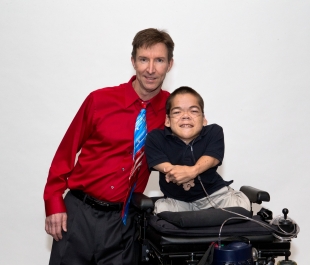 Arlie Smith (Role Model) embraces Josh Burger (Courage) before the ceremony where they received their Tri-Valley Heroes award two years ago -- and where both captivated the audience with heartwarming and impassioned speeches. (Photo by Mike Sedlak/mike@digitalsight.com)