Editorial: Figuers, Ramirez Holmes and Thiel for Zone 7 board 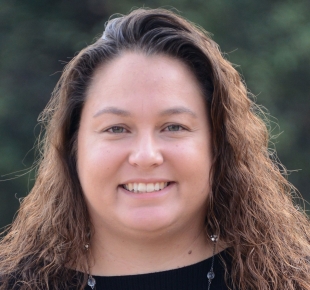 10 people like this
Posted by Christina Nystrom Mantha
a resident of Walnut Grove Elementary School
on May 20, 2016 at 3:23 pm

I emphatically support Eric Thiel. I am thrilled that he has received the Pleasanton Weekly endorsement. After decades of educating our kids about our local ecosystem, and teaching them how to be good environmental citizens, I am confident that he will be a reasoned voice on the Zone 7 board.

I am pleased the Pleasanton Weekly has endorsed Angela Ramirez Holmes. Director Holmes and Director Jim McGrail are the only current Board Members that represent the best interests of the community. Other Directors have been on the Board far to long and it is time for some fresh perspective. The Zone 7 Board should always represent the community and allow transparency to the general public. The current Board majority just follows the General Manager's recommendation without any serious questioning. My vote will be going to Director Holmes for her leadership and desire to do what is best for the Tri Valley.

Zone 7 has functioned with numerous geologists and scientists but they have NO ONE that understands finance on their board.

With water rates soaring (over 30% rise due to budget losses during the drought) and no one watching the books, it is time to put a person with a financial background in place on this 7 person board (okay that is another problem - 7 people are needed for the Water board?). Someone needs to look at reduction of costs - have you seen the mammoth sized building in Livermore with only a handful of employees? Typical bloated government. Jeesh.

I intend to vote for Al Exner, a great asset for Zone 7 board but he needs your vote before they raise the rates again.

Report Objectionable Content
Email Town Square Moderator
8 people like this
Posted by Cheryl Hunter
a resident of Walnut Hills
on May 22, 2016 at 4:38 pm

I have known Eric Thiel for 30+ years, as he was my high school biology teacher and is now continuing his wonderful work in Pleasanton where I have been a resident for over 20 years. I have actually 'ran' into him with my kids out on the waterways of Pleasanton while he was doing field trips with his Amador Biology students. I know he has what it takes to be the right person for a position on the board of Zone 7, and that he will put a whole-hearted effort to protect and conserve our water supplies. Every one who knows him knows his history of taking care of the environment, his ability to work with others, and his passion for what he does. I would vote for him without hesitation.

Report Objectionable Content
Email Town Square Moderator
6 people like this
Posted by Ria Shroff
a resident of Amador Valley High School
on May 23, 2016 at 10:44 am

Mr. Thiel is the best person to be on the Zone 7 Board. I had AP Biology with him two years ago, and his commitment to the class, his students, and the class inspired me. He commits himself wholeheartedly to everything he does, and genuinely wants what is best for everyone. The lab where we went to observe the Arroyo del Valle was one of the first of the year, and was a topic of discussion for the rest of the year. He has like 20 years of data that he has collected observing the conditions of the creek and has made himself an expert on it. When Mr. Thiel talks about the creek, his passion is evident, and his pain for the current standards to which the creek is held. I know that Mr. Thiel will do everything in his power to protect the local ecosystem as part of the board.

Report Objectionable Content
Email Town Square Moderator
11 people like this
Posted by factchecker
a resident of Another Pleasanton neighborhood
on May 23, 2016 at 12:33 pm

I'm happy to cast one of my votes for Angela Ramirez Holmes. She voted no for the obnoxious rate increase and had the guts to vote no on a 15% raise for the general manager. In addition, she strongly supported have Zone 7 meetings taped by channel 30 for transparency over the objections of the general manager.

Report Objectionable Content
Email Town Square Moderator
5 people like this
Posted by Rick Sira
a resident of Livermore
on May 24, 2016 at 11:21 pm

I strongly recommend Eric Thiel for Zone 7 Board! His knowledge, understanding, and passion for ecosystems and watersheds has been lifelong. Eric, one of Pleasanton's most highly acclaimed and respected teachers, has for years been teaching Amador Valley's kids about "local water and waterways." Please look into all of the candidates. Eric Thiel will be my choice!

Report Objectionable Content
Email Town Square Moderator
21 people like this
Posted by Evil Odra Noel
a resident of Livermore
on May 25, 2016 at 1:21 pm

Angela has tried her best to pry Z-7 out of the iron grip of control of the current GM; no easy feat. The GM has been heard expressing her disdain for Angela, and how she hopes Angela will be defeated in this election. Let's all make sure that doesn't happen!

Report Objectionable Content
Email Town Square Moderator
8 people like this
Posted by Concerned
a resident of Livermore
on May 26, 2016 at 1:50 pm

Maybe it is time for the residents of the Tri Valley to take more interest in what is going on at Zone 7 and if the Board and General Manager have the best interests of our community at heart. I have heard so much about the Board (with the exception of Directors McGrail and Holmes) being nothing more than puppets at the whim of the General Manager. I would still like to know why Zone 7 spent over 18 million dollars on the Patterson property while at the same time the GM was talking about rate increases and going off the fiscal cliff. I think it is perhaps time to throw out the old and replace long time Board members and replace the General Manager with someone more transparent and less power hungry.