Amador grad highlights problem that is widespread but unknown 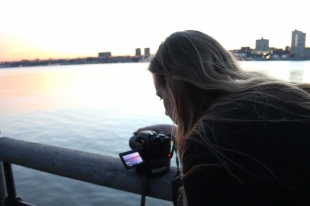 Jillian Corsie shoots a time-lapse video of the sunset over the Hudson River. (Photo courtesy of Corsie)

Thanks for mentioning the Trichotillomania Learning Center, which has helped so many people across the country and even around the world! The organization's annual conference is this weekend in Arlington, VA!

You Can Help: Scents and Migraines
By Chandrama Anderson | 0 comments | 719 views