Burning Man: a 50,000-person celebration in the Nevada desert for one week each year 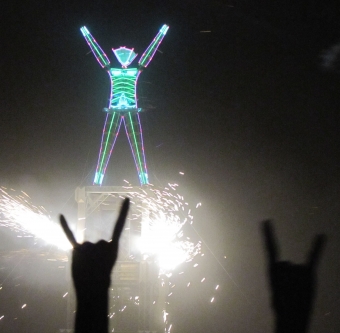 Fireworks, fire spinners, dancers and drummers kick off the burning of the man.

Here's a very bizarre write up from Herb Allen's Sun Valley mogul conference. One was of the days was sort of "Burning Man" inspired - really weird stuff...