Don't miss the latest offering at the Firehouse Theater 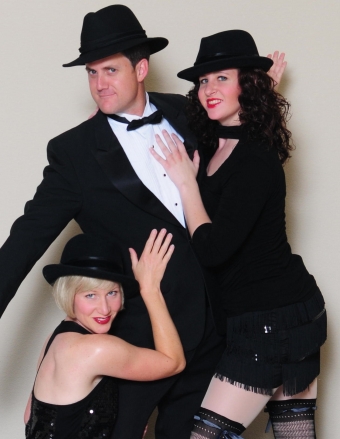 We attended Chicago at the Firehouse this weekend. Our seats were fabulous, the performance was marvelous. The actors were spot on. The energy thourghout the performance never waned. The dancing and singing was truly a delight. We loved the play and highly recommend going. You will not be disappointed.

I attended the matinee on Sunday and loved the show that I had seen many times before. I thought the Direction and Choreography by Lois Grandi was very creative utilizing all parts of a difficult set, especially the gigantic stair steps. I and my friend are theater people and appreciate good theater.
Since this is the second production I saw of this company, I question their choice of shows so far. Most of the audience was made up of senior citizens but there were some children in attendance as well. Due to the subject matter and strong language, I know that personally, I would of wanted to know if it was appropriate for children. My children are all adults and have attended theater all their life so they are never shocked. But.....that being said I wonder what others thought. By all means I encourage everyone to see this show but perhaps not for children.

Fantastic Show! High energy! Multitalented performers! and
Surprises!!!
My husband and I viewed the movie,Chicago, the next evening and compared the Firehouse Musical with the movie and are delighted to say KUDOS to Pacific Repertory Company in capturing the essence of the story, the profession peformances and adding the surprises!

Saw it on Saturday night and we all loved it! Such a joy to see theater of this caliber in our wonderful new Firehouse Arts Center. It was sold out on Saturday and I'm sure it will next weekend as well - don't miss it!

You Can Help: Scents and Migraines
By Chandrama Anderson | 0 comments | 720 views