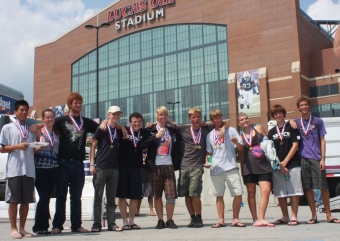 The Amador Valley members of the Blue Devils are shown standing in front of Lucas Oil Stadium in Indianapolis after winning the World Championship.

So proud of you kids!