In the midst of COVID-19 being politicized instead of being an international health issue, and the importance of BLM, June is Pride Month.

I received a copy of a new book of photographs, Trans New York, by Peter Bussian. He’s an award-winning photographer with a background in which he spent over 20 years working in developing nations and post-war zones for organizations such as the UN. This time, Peter decided to “see” transgender and non-binary women and men in New York for us.

What’s striking are the photos themselves; both in their beauty and how “normal” the portraits are.

Each person in the book shares a bit about their trans journey and what they want non-trans people to know. The messages that were most often repeated:

I realized by reading Trans New York how much I need to educate myself; and I’m a professional. Fortunately, my daughter Ara is trans, so I called her up and asked her to educate me. She was happy to help! And we get to celebrate Ara this Pride Month.

Ara told me that the number one thing to do as a parent is to educate yourself first. Don't place the whole burden on the LGBTQ+ people in your life to do that. But once you establish that you can have those conversations, respectfully, have them. Make sure your children know the door is open. Second, ask questions of your trans son or daughter. “It feels better to discuss it and say things in a normal conversation instead of it being forbidden.”

I asked Ara what it’s like to be “out” and seen now as a woman. “It’s life and death to be seen. Being seen is the biggest thing in my whole life. I exist.” The last few years were especially hard for Ara as she was closeted, presenting as male, and trying to figure out what to do. She was very unhappy with herself and her body. She was brutal to herself, even including hurting herself (and kept it secret).

Ara recommends that “gendered items/activities should be provided, at the least, to kids in two options, and let them make these decisions for themselves”—and you’ll see them as they are. She goes on to say “But I think it's even better to do away from the coded language of binary gender in general, when talking to your young children.” Most of us have an ingrained bias around gender. I remember when my son was young and I was letting him choose toys without gender. I got him a doll. He had zero interest in it! But that wasn’t the point. He got to choose.

Ara says that being trans is revealed to oneself over time, with a lot of confusion. There might be specific instances that stand out and help one to know oneself. Yet it’s hard to explain the process to others.

Medical transition is an aspect that is a choice for trans people, but it is a very personal journey for everyone to find how they are most comfortable presenting, living and feeling. This combination will look different for everyone. There are many go/stop steps along the way in medical transition.

If you are a couple who has a trans teen or adult offspring, here are a few things to remember:

- Educate yourselves.
- Ask questions and talk openly.
- Provide support.
- Offer respect.
- Work to understand.
- Love your trans person unconditionally.
- It’s not your “fault” – there is no “fault” at all – it’s just how that person is wired in the brain.

Here's the cover from the book: 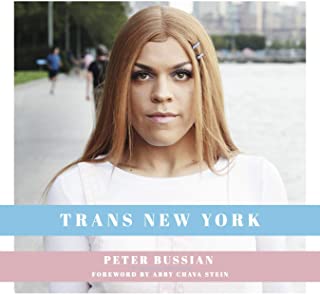