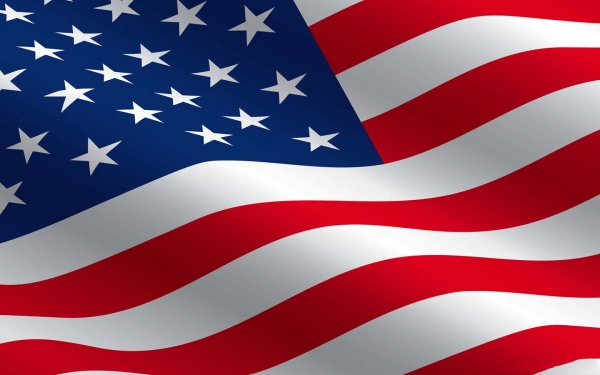 If you’re flying the flag already – ahead of the nationally-recognized Flag Day on Friday, June 14 – you’re a good patriot. This week, starting Monday and through Sunday, June 16, is designated as "National Flag Week."

In Pleasanton, Hacienda, continuing a six-year tradition, has hung three-foot by five-foot flags from the lampposts throughout the business and residential park for a total of 50 flags, one for each state. They’ll stay in place for Flag Day, Independence Day and through mid-July.

James Paxson, Hacienda's general manager, said the flag project was inspired by Amanda McKenzie, at the time an Amador Valley High School freshman and now a student at Clemson University.

“Pleasanton's community spirit is at the core of the city and Hacienda enjoys the opportunity to be a part of that when it comes to traditions like celebrating Flag Day and Independence Day," Paxson said. "Hacienda values being in a community that recognizes the importance of such spirit and taking part in Pleasanton's celebrations."

Flag Day goes back to 1775 and the American Revolution. Colonists weren’t fighting united under a single flag. Instead, most regiments were fighting under their own flags. In June of 1775, the Second Continental Congress met in Philadelphia to create the Continental Army to serve under the first “American” flag, the Continental Colors.

But for some, this flag, which was comprised of 13 red and white alternating stripes and a Union Jack in the corner, was too similar to that of the British. George Washington soon realized that flying a flag that was even remotely close to the British flag was not a great confidence-builder for the revolutionary effort, so he turned his efforts towards creating a new symbol of freedom for the soon-to-be fledgling nation.

So, on June 14, 1777, the congress took a break from writing the Articles of Confederation and passed a resolution stating that “the flag of the new United States be 13 stripes, alternate red and white,” and that “the union be 13 stars, white in a blue field, representing a new constellation.” Betsy Ross, who was assisting the war effort by repairing uniforms and sewing tents, then designed and made the first American flag.

But it wasn’t until 1885 that Bernard Cigrand, a small-town Wisconsin teacher, originated the idea for an annual flag day, to be celebrated across the country every June 14. That year, he led his school in the first formal observance of the holiday.

Then, in 1888, William T. Kerr of Pittsburgh founded the American Flag Day Association of Western Pennsylvania in 1888, becoming its national chairman one year later.

Since it’s not a federal holiday, you probably won’t get next Friday off work unless you live in Pennsylvania, which recognizes it as a legal state holiday. That seems fitting given that Pennsylvania is where the flag was born.

In an article for the History channel, “What is Flag Day,” New York freelance writer Jennie Cohen talks about another story involving the flag.

“In the 1950s, when it seemed certain that Alaska would be admitted to the Union, designers began retooling the American flag to add a 49th star to the existing 48.

“He handed in his creation to his history teacher for a class project, explaining that he expected Hawaii would soon achieve statehood as well.”

“Heft also sent the flag to his congressman, Walter Moeller, who presented it to President Eisenhower after both new states joined the Union. Eisenhower selected Heft’s design, and on July 4, 1960, the president and the high school student stood together as the 50-star flag was raised for the first time.

“Heft’s teacher promptly changed his grade from a B- to an A.”