Building is what Frank Berlogar loves

Frank Berlogar is a respected geotechnical engineer professionally, but he’s a chip off the old block when it comes to his heart and his passion.
His dad was a cabinet maker and a builder and Frank is not happy if he isn’t building something. Currently, that’s two custom homes on land he owns on Silver Oaks Court off Vineyard Avenue where old Vineyard Avenue separates from the new road.
Whoever buys the spectacular two-story home will have some of Frank’s craftmanship on display. He hand-scraped the six-by-six beams in the dining room, opening up cracks and highlighting knots to give them more character. Similar beams, crafted out of 2x12s, highlight the ceiling of the great room next door.
“I love building. It’s in my blood,” he said. 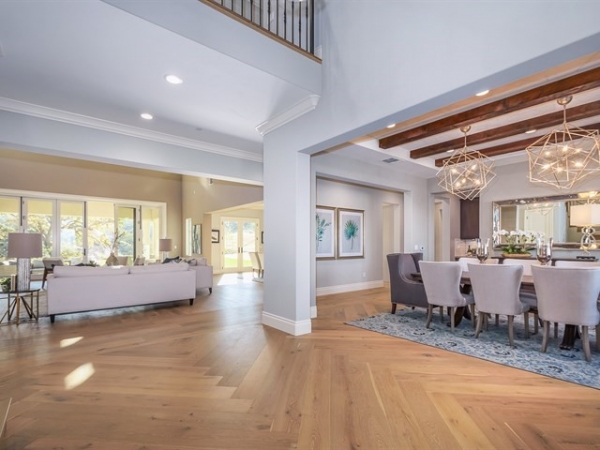 The great room features 21-foot ceilings. The dwelling is about 6,200 square feet with eight-inch oak planks covering the floor.
The home has five bedrooms with 5 ½ baths (each room has its own bath except one that shares it with the play room/media room). It set on an almost 2-acre parcel with striking views of the Livermore Valley. That includes Mt. Diablo and Brushy Peak looking north. The first-floor master bedroom and bathroom have a tub so deep that you might want grab bars to get into it and out of it.
The lot also is zoned for a separate in-law structure.
The two homes are the second phase of a three-phase development on the 50-acre parcel Frank has owned since 1990. The first phase was seven lots on Silver Oak Drive that was ill-timed as they came on the market just as the recession hit.
He’s hoping for better timing—that thus far is true—with this home and a single-story that is even larger that is targeted to reach the market in March.
The home was designed by William Hezmalhalch Architects, a Southern California-based firm with an office in San Ramon. It has a small custom home division that created the timeless open design.
One great feature of the lot is the huge circle driveway that can easily park 20 cars. It’s fitting of a mansion with an asking price of more than $4 million.
The final phase is two additional lots that already have been graded with construction planned for 2018. 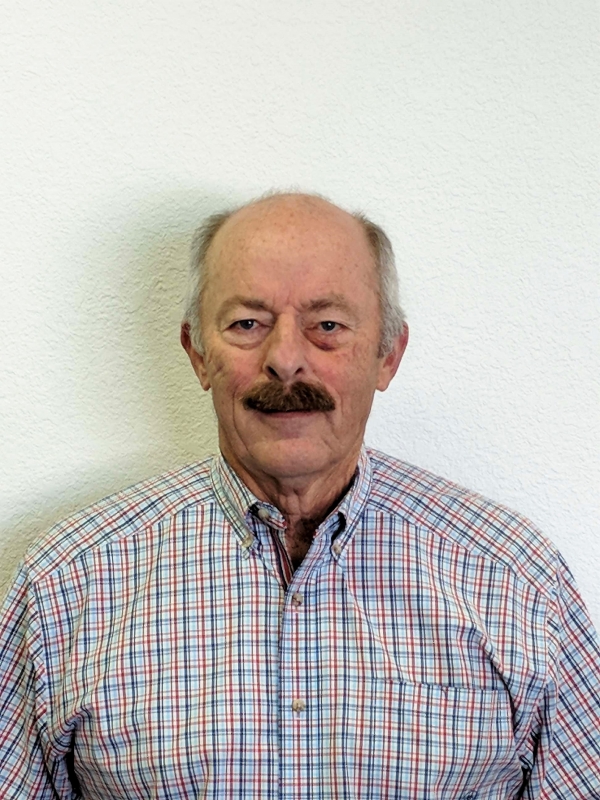 Frank, 73, will then complete his masterplan and return to the ranching life he loves—selling his current home that overlooks the entire parcel and a buying a ranch elsewhere for the last chapter of his life. When he bought the land, he ran cattle there and still has a small barn for his horse. He wants to complete the home construction before he puts his home on the market.
Berlogar Geotechnical was formed in 1973 and Frank moved to Pleasanton in 1988. For years, his office has been on Sunol Boulevard where he has worked for clients throughout the Bay Area.
In addition, his professional work, he was active in the community with the Pleasanton Chamber of Commerce and the Pleasanton Rotary Club. It was through Rotary that I met Frank and learned first hand about how big his heart is for kids.
These days, I typically have run into him at the Taylor Family Foundation’s Day in the Park. I’m there as a guest and Frank is a volunteer, schlepping umbrellas around to make the guests comfortable. He is generous with his time and his treasure, supporting the Livermore Valley Wine Auction for many years as well as the Taylor Family Foundation and others.