When I was growing up in New Rochelle, NY, my father was constantly taking movies of everyone and everything. We used to watch the movies on a 16 mm projector. Pop had good equipment for the time. I'm not sure where the projector is, but for the last few years we've been talking about digitizing the old movies so we can see them again.

My brother sent me two boxes of Pop's old movies, mostly on 100' reels. I didn't really want to be the "Movie transfer girl," but it looked like I was volunteered for the task. A few weeks ago I got an email from iMemories in Scottsdale, AZ with a coupon for 25% off special. I thought that would be a good time to send them the movies to be converted.

So I packed them up and took them over to UPS in the Market Place to ship them all to iMemories. I included a copy of the 25% off coupon in the box.

Last week I got an email from iMemories that the movies arrived safely and I needed to pay almost $1200 before they could start converting them. I was shocked! This was about three times what I thought they would cost, especially with the 25% discount.

I called their 800 number and left an angry message and emailed their customer service, but I decided to pay the fee so we could get the movies done. I didn't want to get them back and start all over again.

Their customer service called back and emailed me and explained I should have entered the Coupon Code with the order. They gave me the 25% off and said they would refund my over payment. So I let my brother and sister know the cost would be only about $300 each.

They converted all of the movies last week and they are all online. Most of these are 3.5 minutes, but iMemories includes 60 days of online editing and digital splicing with the conversion.

That is one of the nice features of using this company, which appears to be trying to be the "go to place" for digital conversion. There's a conversion place in Oakland which got 5 star reviews on Yelp. I might take the slides to that place, but at least all of the movies are viewable now.

iMemories used the processing date or title pop write on each film's box to title each video. They are not listed in chronological order, but the first one I looked at was dated May 9, 1943.

It opens with my brother in a playpen one week before his third birthday. He's taken out of the playpen and runs around the back yard of the first house my parents lived in in New Rochelle. This was four years before we moved to the bigger house on Elizabeth Road.

There's a family gathering in the back yard. Everyone in the video, except my mother and brother, are gone now, but I recognized all of them.

My mother's brother Al is there with his first wife Rose. My father's mother is there too. The photo below is of the three of them. 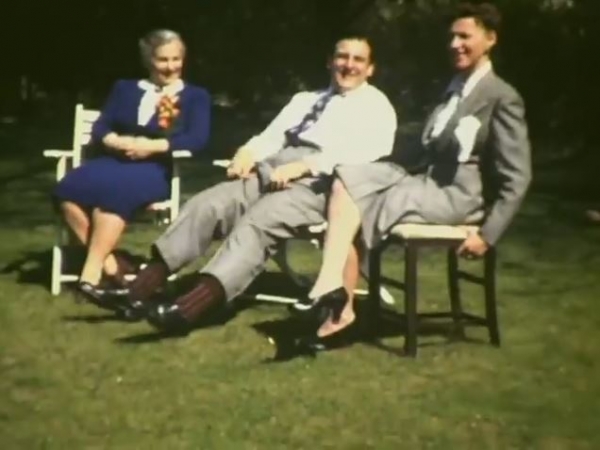 My mother's mother is there with one of her brothers and two of her sisters. I remembered them all from when I was older. Obviously I wouldn't remember this event at six months old. My father took some film of me sleeping on a bed inside the house. He didn't use floodlights so it is very dark. 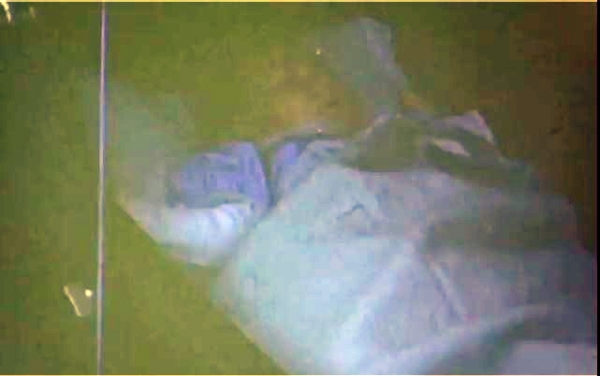 Uncle Al was a professional trumpet player and entertainer. Recently my sister sent me a link to a review of Abe Lyman's band in which Uncle Al was mentioned. He was referred to by his stage name, Al Parker, and describe as "The hefty trumpet player." I really miss my Uncle Al. He died in a botched ulcer operation when I was 8.

I started crying. I'm still teared up about it. How amazing to see all of these people I haven't seen in 50 years or more. My sister Alice was a baby when Uncle Al died. She never knew him. Now she will have a chance to see him in these old movies. How lucky we are that we can keep these memories of our past and all of the people in it who are gone now.