﻿ I've been had! | The Observer | Roz Rogoff | PleasantonWeekly.com |
Include Photos | Include Comments | Print this page | Close Window

I wrote and posted a blog critical of Steve Glazer's "crybaby" mailer in which he supposedly blamed Tim Sbranti and the California Teachers' Association for losing the Primary election for Assembly earlier this year. I was a bit snarky towards Glazer who seemed to be whining about the loss because Sbranti's union ties were too strong. 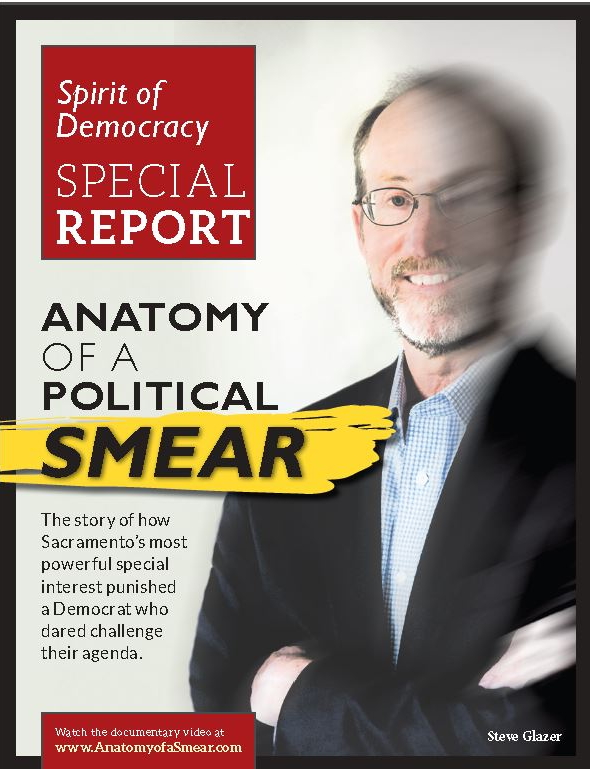 Well after writing a well-crafted blog taking Glazer to task, Tom Cushing informed me that Glazer had nothing to do with it. The whole brochure was published and mailed by Charles Munger, Jr. If that name sounds familiar, Munger, Sr. is Warren Buffet's #2 man at Berkshire Hathaway and set to take over when Buffett kicks the bucket.

Munger, Jr. has beaucoup bucks and this Smear booklet looks like he invested quite a bit of change to smear Sbranti. Glazer is quoted in an article in SF Gate saying he had nothing to do with it. My thanks to Tom Cushing for letting me know before the egg on my face hardened.

If any of my readers managed to read my blog against Glazer during the half hour or so it was posted, I apologize to Mr. Glazer and my readers. I thought I was very clever and smug putting him down, but I didn't buy the attacks on Sbranti at all. I voted for Catherine Baker and plan to vote for her again, but I hope she had nothing to do with this terrible attack on Sbranti and the CTA presumably sent on her behalf by Munger, Jr. to take votes away from Sbranti.

One of my comments in the now deleted blog was perhaps prescient without knowing it. "I'm not sure what the point of Glazer's "Smear" report is. Is it to hurt Sbranti in the election? Is it to bust the CTA? Is it to denounce union money in political campaigns, thereby leaving only 1% money?" Yep that's what it was for.

Anatomy of a Political SMEAR is the right title for this booklet. It is a complete smear of Tim Sbranti posing as a defense of Steve Glazer. What a nasty piece of work. It backfired on me. Instead of blaming Sbranti for smearing Glazer, I blamed Glazer for smearing Sbranti. I was planning to vote for Baker anyway. Now I'm not so sure.

I don't like being duped. I really hope Catherine Baker had nothing to do with this. Steve Glazer said it came as a surprise to him. I hope they all sue Munger's blunder. This is dirty politics at its dirtiest!

I just received a phone call from Catherine Baker. She reiterated that the group that sent out the mailer is not connected with her campaign in any way. But she added, "It raises some valid issues," about Tim Sbranti's union connections. "The California Teacher's Association is the most powerful union in the State and opposed every step to modernize the educational system."

I asked her about the format of this flyer, using Steve Glazer without his consent to make it appear he sent it. She replied that voters in the District are very intelligent, and she would leave it up to them to decide how to interpret this mailer.

She said I could contact her any time, "as a person involved in journalistic professions or as an individual voter." I asked for a lawn sign but she said they don't distribute them until after Labor Day.