Uploaded: Oct 4, 2022
There’s about 200 people around the world walking around with smiles plastered on their faces these days.

They’re the team that hit a football-field-sized asteroid Monday with a space craft the size of a vending machine that flew 7 million miles to nail the asteroid head-on. For comparison, the moon is 250,000 miles away. The so-called DART mission was launched last November.

Here in the Livermore Valley, a team of five Lawrence Livermore National Laboratory employees celebrated along with their colleagues and then got really busy. Their task now is to gather what data they can from the Hubble and James Webb space telescopes as well as the DART craft before it collided with the asteroid and develop simulations about the properties of the asteroid and the effect of the impact on changing the orbit. That taps into the lab’s formidable computing power. 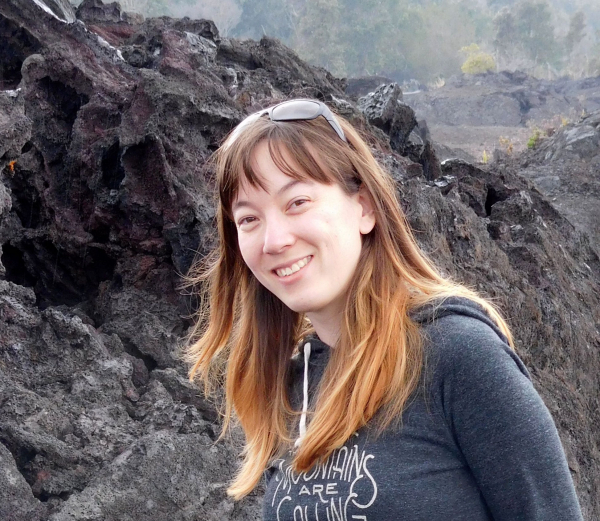 The technological achievement is hard to understate. In an interview last week, Kathryn Kumamoto shared that the team could not see the actual asteroid they were aiming for.

“This was incredible. The first trial of trying to hit an asteroid in space and we hit it dead-on. For the first planetary defense mission that NASA has ever run, this was a huge success,” she said.

The world-wide team knew the asteroid, Dimorphos, was there because the light from the larger asteroid, Didymous, it was orbiting about changed. The first actual picture they saw was before impact. For those charged with navigating the 7 million miles over about 10 months, the home stretch was even more challenging. Kumamoto said because the space craft was operating autonomously for the last four hours, a long time when it’s moving at 14,000 mph. For the final few minutes, the thrusters were shut down so no change of direction was possible. 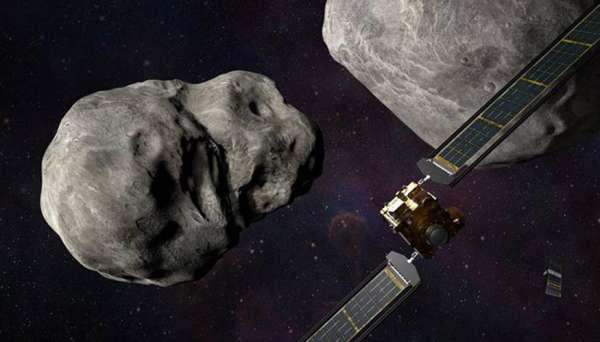 The effect of the direct hit will be determined over the next few months. The goal was to slow the asteroid so gravity will draw it closer to the big asteroid. It’s a pilot test to see if such a collision can protect the earth should another asteroid be hazardously close.

Paul Miller, now the acting division leader for the Design Physics Division, started working on planetary defense programs in 2011. He assembled a team and spent three years working to model the disruption of asteroids by using either kinetic impacts or nuclear weapons. After that time, the federal National Nuclear Security Agency approved continuing the work using regular funding. That work led to a NNSA Award of Excellence in 2015 and to the development of additional capabilities.

The lab’s specific role in DART involves the simulations to determine the properties of the asteroid and the materials that make it up as well as modeling the effect of the impact. Doing that involves using the visual data from the space telescopes to run the simulations. Other teams are using the photos that DART took before crashing to model the actual shape of the asteroid.

Kumamoto said they’ve been awash in data since the collision and she expected the modeling to get started within a couple of weeks. The first simulation is scheduled to be presented in November before which she anticipates the lab team will run about 1,000 simulations. She is a geoscientist who previously was working at Oxford University on the decay of rocks over centuries before shifting to what happens immediately after impact. She is originally from the Bay Area.

In a press release, she said, “We don’t have a lot of data on the properties of asteroids, like their strength or density, but these properties can have a large effect on the magnitude of the deflection we would get from a kinetic impact. DART is thus a two-fold opportunity, to both demonstrate that we can actually deflect an asteroid in space and get more data on the properties of asteroids that will help us prepare for potential future impacts.”

It's that analysis of the properties that Kumamoto and the lab team will be working on for the next couple of years. There’s a follow-up mission from the European Space Agency in two years that will send a space craft to observe the asteroid and gather data. There’s no capability planned to gather physical samples of the asteroid.

Elizabeth is a registered user.

Some of the best jobs around
By Sherry Listgarten | 4 comments | 2,211 views

People and Relationships Never Stop Being a Work in Progress
By Chandrama Anderson | 1 comment | 1,094 views