Uploaded: Jun 23, 2022
The Tri-Valley innovation ecosystem lost a key player this month when Rich Rankin died of cancer in his home in Ammon, Idaho. He was 67.
Rankin headed Lawrence Livermore National Laboratory’s office of partnership and innovation. He brought wisdom, experience and a keen understanding of both the culture of the national labs and industry. When I was writing about the Tri-Valley’s innovation ecosystem for the Pleasanton Weekly a couple of years ago, Rankin led me on a tour of the new advanced manufacturing research lab. That lab is designed as a joint venture between industry and lab employees.
In contrast to some at the lab who typically think they’re the smartest person in the room, Rankin’s approach is humble. During our tour with the key leaders of the new facility, Rankin made a point of saying that they expected to learn from the industry researchers who could teach the lab folks new things. It also was notable that he certainly didn’t need to work, but did so at the lab because it was challenging, fun and he could make a difference.
Locally, his arrival in 2013 coincided with renewed emphasis by both the lab and Sandia National Lab on sharing the technology and other products of their research and development efforts in the national security interests of the country. The joint venture of the Open Campus where the manufacturing research facility is located put out the welcoming mat. 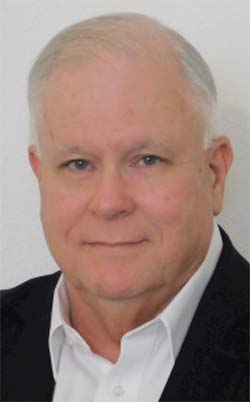 Rankin’s background in technology transfer at Idaho National Lab in Idaho Falls where he worked for 35 years served him so well in Livermore and the Tri-Valley.
He served on the board of the Innovation Tri-Valley Leadership Group and played major roles in its Tri-Valley Rising report in 2018 and the 2040 Vision Plan.
Elsie Quaite-Randall, deputy director of the office, wrote in an email, “Rich was a wonderful leader, colleague and mentor to the whole Innovation and Partnerships Office. His in-depth technology knowledge covered everything from the life sciences to nuclear materials. He worked tirelessly to ensure that the discoveries made by LLNL scientists were shared with the world and was actively engaged with numerous private sector partners to ensure that such discoveries were further developed and deployed for benefit of the American people.”
His obituary noted, “A recipient of the INL (Idaho National Laboratory) Lifetime Achievement Award for Inventorship, Rich was inducted into the INL Inventors Hall of Fame in 2003. Amongst others, he has received an R&D 100 Award, a George Westinghouse Innovation Award for the Westinghouse Corporations' top inventors, and a George Westinghouse Signature Award for engineering excellence.
That speaks to his skill and imagination.
In a tribute sent to its members, the Innovation Tri-Valley staff team wrote, “. Rich recently told us he was incredibly proud of his work with ITV and pleased with the potential that now exists to drive even more extraordinary change for good. We miss his wit, charm, and the brilliant way he could very simply explain even the most complex mysteries of the universe.”
He held bachelors and masters degree in chemistry and multiple doctorates from English schools.
Rankin was a leader in the Church of Jesus Christ of Later Day Saints and very active in Boy Scouts. He received the highest award, the Silver Beaver, from the Scouts. He had six children.


Life is too short to be in a hurry with it.

Our First Anniversary in my Husband’s Retirement
By Chandrama Anderson | 0 comments | 2,322 views