A huge heart for disadvantaged children living in difficult situations

After she came to know Jesus Christ at 18 in Russia, she spent her Sundays after church visiting an orphanage and hanging out with the children there. She’d bring chocolate or other gifts—she says one of her love languages is gift giving. Later, while attending Bible College in Austria, she served in a ministry that hosts summer activities for visiting orphan children from Ukraine.

We learned about Marina when she connected with GraceWay Church in Pleasanton, a drop-off site for Operation Christmas Child. The program, operated by Samaritan’s Purse, the ministry led by Franklin Graham (son of famed evangelist Billy Graham), delivers shoeboxes around the world to disadvantaged children, most in Third World Countries. The boxes are filled with gifts and useful items for kids. 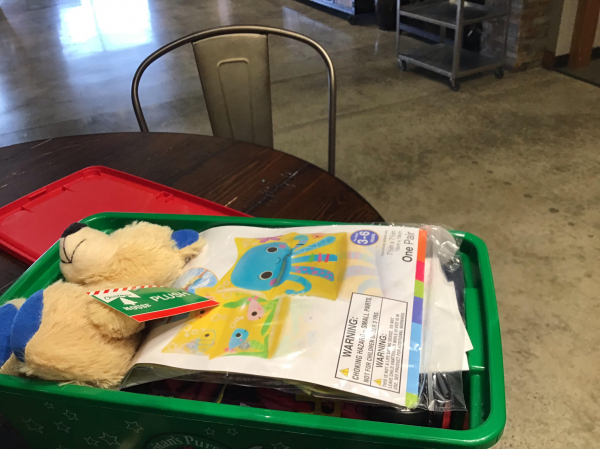 Typically, churches ask parishioners to prepare a shoebox for a boy or girl in a specific age range, include a note to the child about God’s love and then deliver it during collection week Nov. 15-22.

Marina discovered the program after she moved to California in 2011 for her tech job. She lives in the valley. She told me she set out to do five or 10 shoeboxes, as many as she could find—she hadn’t tapped into the cardboard boxes that Samaritan’s Purse prints--now plastic boxes are available at Hobby Lobby stores across the country.

She ended up doing 20 and set a goal to double that number each year. She strove to meet that goal and, with the help of a couple friends, hit 275 in 2018. She shops year-round for gifts and covers the expense herself, including the $9 shipping donation. 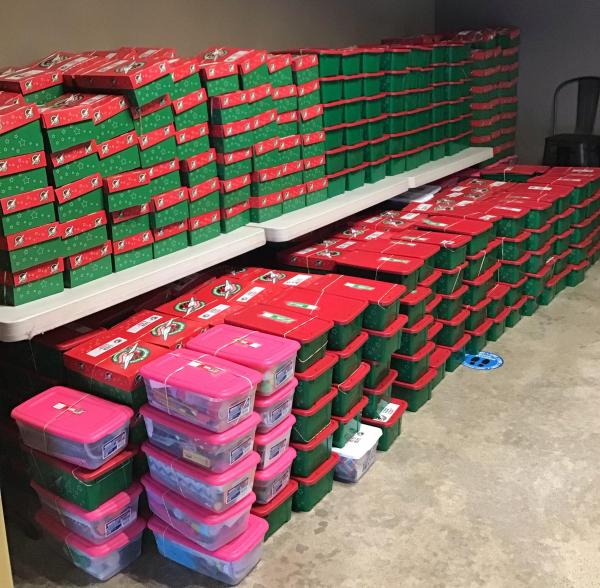 After Covid hit, she found her garage stuffed and reached out to Michele Rediger, her contact at GraceWay, and asked if the church could store some of her boxes. It was stunning to see how many boxes were moved.

“I didn’t realize how much stuff I had collected,” she said. “We had to make quite a few trips.”

With huge supplies of gifts from Marina, GraceWay has organized several packing parties to fill shoeboxes. Marina worked last weekend to pack shoeboxes, putting together 115 boxes over the weekend with the help of a friend. As of Sunday evening, 626 shoeboxes were prepared for collection.

Early on, Marina wrote a note for each box and used QR shipping labels that enabled her to track where the boxes were delivered. She mentioned Ukraine, the Philippines, African countries and more remote countries where sharing the Gospel often is not welcomed or permitted.

Last summer, she said she received a random message on Facebook Messenger from someone she did not know. It was a girl from the Philippines who received a shoebox 10 years ago and remembered Marina’s name. “She told me how much it affected her and wrote to say thank you.”

Operation Christmas Child allows Marina to express her heart for disadvantaged children. She also continues to support a ministry serving those children in the war zone between Ukraine and Russia.

Her commitment and her heart for children in tough situations inspires me as we near Thanksgiving.

Jennifer is a registered user.


This warms my heart and makes me smile. Blessings Marina.

Report Objectionable Content
Posted by Kevin, a resident of Castlewood,
on Nov 13, 2021 at 7:13 pm
Kevin is a registered user.


Thank you Tim for sharing a couple of heartwarming topics about Marina and Ted.

Report Objectionable Content
Posted by Margo, a resident of Hacienda Gardens,
on Nov 15, 2021 at 11:53 am
Margo is a registered user.


Bless you for your big heart and generosity. I would be happy to donate, collect donations from others and help you pack the boxes.

Doing more with the natural spaces we have
By Sherry Listgarten | 8 comments | 3,376 views

The future of homework
By Monith Ilavarasan | 0 comments | 646 views