Ted C. Fairfield's professional fingerprints are all over Pleasanton and Dublin

Uploaded: Nov 9, 2021
Few people have helped shape the cities of Pleasanton and Dublin more than civil engineer Ted C. Fairfield of Pleasanton who went home to his Lord on Nov. 7. He was 86.
His biggest project was East Dublin for the Lin family. Fairfield headed the team that developed the masterplan that has been unfolding over the last 20 years. I was editing the Tri-Valley Herald in the mid-1980s when the initial plan was revealed. Our headline read, “Doubling Dublin” because it would take the city of 25,000 population to more than 50,000.
Peter MacDonald, a land use attorney and former Pleasanton City Attorney, wrote in an email, “In overseeing the East Dublin (Lin properties) development, Ted Fairfield oversaw the largest development in the history of this valley which unfolded with barely a ripple of problems, and many satisfied homebuyers between 1998 and about 2010.
“Ted Fairfield was an engineer to the core, but he saw far beyond the plots and water lines, to the quality of the communities he was building, the political buy in required to get the projects approved, the development team it would take to get it built, and to the people who would live there. As you might suspect, Ted was formal and precise, but deeply sensitive to other people, committed to his community and his religion, and a good man.” 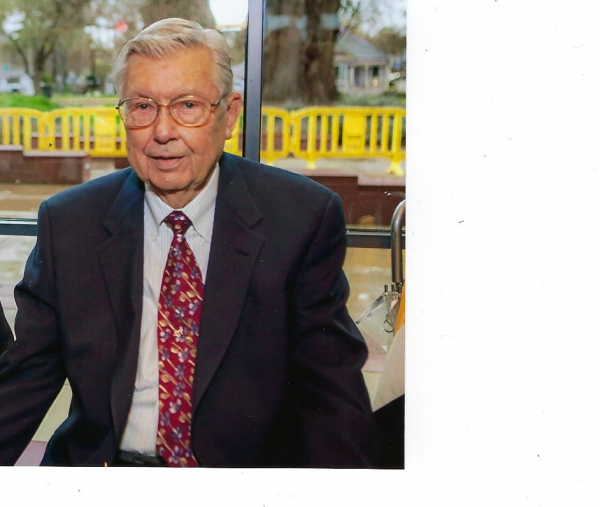 In Pleasanton, Fairfield was involved with planning most of the city as we know it today with the exception of Hacienda Business Park and a few neighborhoods. During the 1980s he earned the entitlements for Golden Eagle Estates on the Johnson Ranch on Foothill Road and also what’s now Bernal Corporate Center at Bernal and Valley avenues. The Golden Eagle project has estate homes on the hillside, but pioneered an upscale minimal yard project between Foothill Road and the Arroyo de la Laguna. The Walter S. Johnson Foundation, which owned the ranch after its namesake passed on, was unknown in the valley. He convinced the foundation to invest a significant matching fund in the then-fledgling Tri-Valley Community Fund.
Working again for the Lin family, he entitled Kottinger Ranch phases 1 and 2. Phase 1 was built, but Phase 2 in two different configurations was twice defeated by referendums after receiving City Council approval. The first version of Phase 2 called for 86 homes in scrub oak land and a public golf course designed by Robert Trent Jones Jr. It would have been privately owned and open to the public.
Jones Jr. later took some of those same concepts to the Dublin Ranch Golf Club on the hilltop in East Dublin. The developers limited the land for the course to allow more expensive ridgetop homes so it became a par 63. As it has played out, the course has been popular because you can easily get around in under three hours while using every club in your bag. A financial business decision that turned out to be a good one for golfers in the long term.
He came to Pleasanton when the McKay and Somps civil engineering firm opened an office here in the early1960s. They did the engineering for the Val Vista, Pleasanton Meadows, Highland Oaks, and Stoneridge area subdivisions.
The Pleasanton Meadows project resulted in putting the curve in Santa Rita Road for two reasons: so it connected with Tassajara Road for a better interchange (earlier, it went straight on what’s now Old Santa Rita Road to what was then Highway 50 with no bridge) as well as raising the road so it created a berm and took the subdivision out of the flood plain, Brad Hirst explained. Fairfield also was involved in the housing immediately around the Raley’s shopping center, near his office.
Fairfield preferred to work behind the scenes and stay out of the limelight unless it was necessary. He operated out of a modest office on Sunol Boulevard across from Richert Ace Hardware. Clients appreciated his approach and his skill at bringing the right team of consultants together to win entitlements for developments.
Professionally, he took great pride in the fact he was never sued by a client. His word was his bond. He saw his job as identifying risks and doing all he could to eliminate them or mitigate them. He took a conservative approach whether to engineering or to life in general.
Fairfield served on both the state and national civil engineering boards including terms as president of both. He also served on the ValleyCare Hospital board and played a key role in the purchase of the Pleasanton site where Stanford ValleyCare is today.
He joined with others to spearhead the privately funded development of the City Council chambers that still is used today. That group received the annual Mayor’s Award for that project.
You can get a sense of Fairfield’s impact because he has a park named for him in East Dublin as well as a street. In Pleasanton a street and an adjoining court bear his name.
Long-time resident, community leader and businessman Brad Hirst said of Fairfield, “He was a foundational pillar of our community as a land planner/civil engineer and as a human being. He was a fine, fine person.”
I knew Ted through our professional relationship as developer and journalist, but also as fellow believers in Jesus Christ. We attended the same church, GraceWay, for years and served as elders together.
He was Presbyterian through-and-through and revered its reformed tradition. One of his favorite subjects was theology of the reformed faith as taught by the Rev. R.C. Sproul.
During his later years, he quietly assisted several older people who needed help navigating housing, taxes or other challenges. He and his wife, Gail, cared for them, sharing their love of Christ through service.
. A graveside service at Acacia Cemetery 801 Scenic Drive in Modesto will be held Tuesday, November 16, at 2 p.m. Also, a public memorial service will be held at 10 a.m. on Friday, November 19, at the Graham-Hitch Mortuary, 4167 First St. in Pleasanton.

Jan+Batcheller is a registered user.


I have been blessed to know many fine individuals in my long life. Ted Fairfield is among the very finest. Rest in peace, my friend.

Report Objectionable Content
Posted by Jack+Balch, a resident of Valley View Elementary School,
on Nov 9, 2021 at 3:11 pm
Jack+Balch is a registered user.


An extremely kind man. I didn't know Mr. Fairfield very well or very long, but he was always willing to give helpful background and understanding that I appreciated. He will be missed.


I am pleased the Pleasanton Chamber of Commerce was able to honor Mr. Fairfield with a Lifetime Achievement Award at our 2019 Community Service Awards for all he accomplished in making Pleasanton and the Tri-Valley a better place for all.

Report Objectionable Content
Posted by Frank+Capilla, a resident of Deer Oaks/Twelve Oaks,
on Nov 10, 2021 at 11:54 am
Frank+Capilla is a registered user.


A good friend and Business partner. A man you could do business with a handshake. A good man in every way.
Rest in peace dear friend.


Ted Fairfield was one of the greatest humans I have ever had the pleasure of knowing. His relationship with my own dad pre-dated them both moving to Pleasanton and he was truly the best friend my father had. He was family to us, and someone I trusted deeply as a friend and advisor. He will be missed by the Bartelson family. This blog post was a beautiful tribute to a wonderful man!

Report Objectionable Content
Posted by Diane, a resident of Pleasanton Valley,
on Nov 12, 2021 at 5:25 pm
Diane is a registered user.


It was an honor to know and work with Ted. I will personally miss his greeting to me. He called me "Hotrod" not only because he knew I loved car races but because I owned and drove a 71 Ford Mustang Fastback.
He was a man of his word. He was kind and thoughtful and yes, partially responsible for all of Eastern Dublin.
RIP Mr. Fairfield.

Report Objectionable Content
Posted by Wendee Heinrich, a resident of another community,
on Dec 4, 2021 at 9:43 pm
Wendee Heinrich is a registered user.


When I was 14 and my brothers were 12, our Aunt Gail married Uncle Ted. Six years later, Uncle Ted, drove me to the church for my wedding. My Dad, has been in heaven for 20 years, Uncle Ted, helped to fill in the gap as a father and grandfather, to our family. Uncle Ted, was very opinionated, yet it was based on his love and concern for your success, and a strong sense of right and wrong. We loved Uncle Ted and will miss him...

Doing more with the natural spaces we have
By Sherry Listgarten | 8 comments | 3,387 views

The future of homework
By Monith Ilavarasan | 0 comments | 652 views