Uploaded: Oct 31, 2019
Real estate always has been a family affair for Janet Cristiano of Pleasanton.

She’s one of the longest serving real estate brokers in the Livermore Valley, earning her state real estate license in 1974 and her broker’s license in 1977. When she started as a single-mom, she routinely enlisted her son, Scott Piper, and her daughter, Gina Piper, to help with the business, such as delivering pumpkins this time of year and “farming” her territory.

Both of her grown children are active in the real estate business to this day.

Janet had owned her real estate firm since 1992, a rare woman to own and operate a firm. She’s closed that chapter by selling her Tri-Valley Better Homes and Gardens firm after consolidating two offices into one by closing the branch on Vineyard Avenue near Ruby Hill. After that transaction closed, she said she was notably more relaxed and ready for a different season of life.

Of course, that will still include real estate, helping clients buy and sell homes. She laughed that her new season started out right when she listed a home. Friends and clients celebrated her career Saturday and that evening, her husband Joe Cristiano reported, she was back at it, working to sell her recent listing.

He wrote me in an email, “Unbelievably, At the conclusion of Janet’s “Retirement” party on Saturday Janet retired to a private room where she was working on the closing of her pending listing. Guess she has retired from owning and managing a real estate company but will never give up being a Realtor!” 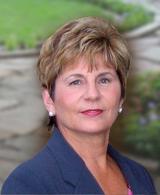 What’s been a delight for her is helping multiple generations of the same family buy and sell homes. It’s been three generations in some cases.

Over her more than 45-year career and 27 years as the broker/owner she seen huge changes in the industry. She was raised in San Leandro and moved to Val Vista in Pleasanton in 1968 because it was affordable housing--$1,900 down payment on their home.

Pleasanton, according to the 1970 census, was a community of 18,328 residents. Ten years later, it had virtually doubled to 35,160 and that was before Stoneridge Shopping Center, which opened in 1981, and Hacienda Business Park and the other major business parks that were approved and started construction in the 1980s.

Janet recalled the local real estate brokers group owned the multiple listing book that came out on Fridays and was the source of the listings. She said she showed some clients as many as 50 homes before they made a decision. Today everything is digital and it’s accelerated greatly. It also eliminates challenges such as the time she had to drive back-and-forth to San Francisco to get a signature before 5 p.m. from a businessman whose wife was buying a home in Pleasanton while he was in an office in the city.

His description: it’s the tallest building because—being from out-of-state—he knew nothing about San Francisco.

Today, that involves simply sending an email with a link to a signing site.

Putting aside the Thomas map books in favor of digital maps has been a home run for Janet. Directions were never a strong point, she said with a laugh recalling the time an investor had to help guide her to her own listing in Newark.

When asked about the potential disruptors to the business, such as the rise of digital firms, she said it still will remain a people business. One major new competitor, Compass, is buying up firms and is backed by deep pockets. Time will tell she said, but she believes there will always be a good niche for client-focused people.

Over her career, she served as president of the Bay East Board of Realtors and spent many years on the local association and state association’s ethics committee. In that role, she served on arbitration and mediation panels to settle disputes between Realtors and clients.

Janet holds five certifications and/or licenses in the real estate business and was honored as “
Realtor of the Year” back-to-back years. She’s been honored with the leadership award and as entrepreneur of the year by real estate associations.

She also operated a certified financial planner business from 1990-2000 and has been a licensed tax practitioner since 1968.

Janet served on the ValleyCare Health System Board of Directors before its merger into Stanford Health.

Janet lives in Pleasanton with her husband Joe, (featured for his mentoring in a column last month). They have sis children and nine grand-children, all living in the Tri-Valley area. That’s ideal for grandparents.

One of the very best in the business. Truly the best example of of professionalism in our industry. It is my good fortune to have Janet (and Joe) as a friend(s). Congrats Janet.


Congratulations for you long, successful career!

Speaking of Hacienda Business Park. Thirty-five years ago today I found out my rent at the Santa Rita Road Vista Del Sol apartments was going to increase 23%. Then next day I found a new construction place I could afford to buy in Livermore.


Well deserved recognition for an exceptional business woman as well as wife, mother, grandmother and friend. Congratulations, Janet from Ava and Sam