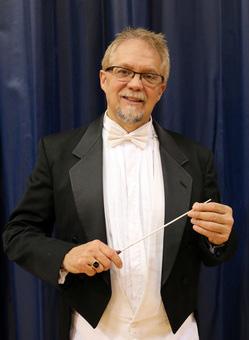 Dennis Aquilina (pictured), the band director at Hart Middle School, has retired, ending a 24-year-long career as a music teacher in Pleasanton schools.

But Pleasanton's loss is a gain for San Francisco State University and St. Mary's College, where he'll extend his after-hours work to continue teaching and hopefully expanding their music departments. In fact, he expects to see some of those he's been teaching in Pleasanton again at one of the top college music programs.

Born in New York City, Aquilina moved to San Francisco in 1981 when he was 25 to attend San Francisco State, where he graduated with a performance degree in trumpet five years later. After moving back east and then working for a while in Los Angeles, he chose teaching as a career and returned to S.F. State to obtain a degree in education and a teaching credential.

He started his public school career in Gilroy and then was hired by the Pleasanton school district in 1995 to succeed Rocco Russomano as music director at Amador Valley High School. Aquilina admits that after five years at Amador, working from early-morning band classes to late-evening concerts and marching band rehearsals, "I was beat."

He recalled, "As we expanded the music programs with a growing marching band, a separate concert band, percussion and two choirs, I found I was in charge of everything. We had just won our second state championship, our percussion ensemble had been picked second in the nation and now I also had charge of the jazz band that was gaining in popularity.

"Everything was growing and I was by myself, working from band classes very early in the morning to rehearsals and performances late into the evening, plus a lot of weekends. I had just adopted my second child and needed to spend more time with them."

When Hart Middle School opened in 2000, he applied for the new music director's position and was hired to fill it. The rest is history.

For the last 19 years at Hart, Aquilina has taught about 300 sixth-, seventh- and eighth-grade music students a year. Just as important, he's found that in middle school, where students must sign up to improve their music skills, he has more attentive, interested young musicians and can work with them individually.

"Music teachers have these students for a full three years in a small-class environment," he said. "We are very influential. We get to know them better than most teachers and are perhaps better able to walk them through their transitory period between being children in elementary school to near-adults in high school."

And preparing them for their lives ahead, he has done.

Kathleen Hinek, a Farmers Insurance agent in Pleasanton and daughter of the late Thomas S. Hart (for whom Hart Middle School was named), said Aquilina, just before he retired, took his last class to Ireland to honor her dad, who was a "native son" there. The trip included 98 students and 30 parents. They played at four locations during the seven-day trip, including historic theaters, festivals and at one of Hinek's relatives' high school.

"When they ended their performance with 'Danny Boy,' the audience rose to their feet cheering," Hinek said.

Ireland is just one of many trips Aquilina hosted as Hart's music director. His classes have performed at Carnegie Hall, Disneyland, Pearl Harbor, at Chicago White Sox and Washington Nationals baseball games, retired military homes, and in Washington, D.C. three times, including in front of both the Lincoln and Jefferson memorials.

No replacement has yet been announced for the music director's position at Hart Middle School. But Aquilina's shoes will be hard to fill.