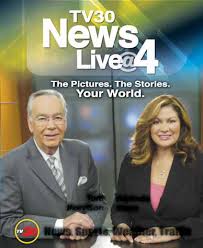 My good friend and longtime TV30 commentator Tom Morrison has died. He was 83.

He's pictured above in 2008 with co-anchor Melinda Meza, former co-anchor of their popular "Live at 4" news program on TV30.

His long battle with cancer ended on April 18 with his wife Kathy and family at his side.

After graduating from Oakland High School in 1954, he joined the Army and was assigned to patrol the South Korean/North Korean demilitarized zone (DMZ) as part of the Army’s 24th Division in 1956 and 1957.

Years later, after we met in Pleasanton, we realized we had served in Korea at the same time. While he was 30 or so miles north on the DMZ, I was more comfortably located at a base in Yeongdeungpo in southwest Seoul, attached to the Army Security Agency as a Korean language translater.

Recently, we reminisced about the terrible poverty, yet civilian friendliness we had seen there, and how delighted we were now to see the rapid, though unexpected, recovery South Korea has had since the shooting part of the war ended.

After returning to the Bay Area, Tom worked as a salesman for various companies, and later began volunteering as an on-air commentator for Tri-Valley Community Television. Now known as TV30, the nonprofit system has been broadcasting since 1976 and provides locally focused programming for the cities of Dublin, Livermore and Pleasanton on Comcast channels TV30, 29 and 28.

Starting in 1988, Tom served as an announcer on TV30, then hosted the 580/680 News as its anchor and, until a few months ago, as host of the Tri-Valley Mayors Report.

He was the recipient of two prestigious awards from the Bay Area Television Association. TV30’s television studio, located in a building next to the Pleasanton Unified School District’s headquarters on Bernal Avenue, was recently named "Tom Morrison Studio" in recognition of his decades of service.

"Tom was a truly nice man,” said Melissa Tench-Stevens, executive director of Tri-Valley Community Television. “He was a talented colleague and friend to all of us at TV30. We miss him and are honored we had a chance to be a part of his career and life."

When veteran newscaster Tom Morrison signed off for the last time as anchor of TV30's "Live at 4" news on June 27, 2008, he brought to a close 20 years of regularly scheduled local news on the Tri-Valley's only community broadcast system.

Reminiscent of the last "Mary Tyler Moore" show years ago when Mary Richards, Ed Asner and Ted Knight tearfully turned out the lights at the fabled WJM newsroom for the last time, Tom, TV30's news director Kevin Wing (now with NBC Bay Area news) and their associates did the same as they left their small Pleasanton production studio after the final "Live at 4" broadcast.

On that newscast, Tom was joined by co-anchor Melinda Meza, former co-anchor Michelle Soba and his long-time co-anchor Robin Fahr. All three have since moved on to other careers.

Faced with rising costs, the mayors of the three cities that control TV30's finances wrested control of the all-volunteer, independent board of directors, hired Tench-Stevens as executive director, and have since served as the governing board of the community broadcast system.

In their wisdom, they kept Tom as a continuing commentator and director of “The Tri-Valley Mayors Report,” which has become TV30’s signature broadcast of Pleasanton, Dublin and Livermore city issues along with the system's regular broadcasts of City Council and school board meetings in those three cities.

Besides his wife Kathy, Tom Morrison is survived by his sons Kevin Morrison, and his wife Laura, and Michael Morrison and his wife Leticia; a sister, Jenean Suess; step-children Stacey Morgan (Rick), Kristin Yarwood (Matt), Amy Montez (Steve) and Bradley Stegman (Jessica Sproule), and eight grandchildren. He was predeceased by his ex-wife Betty Morrison.

A Memorial Mass will be held at 3:30 p.m. Wednesday, May 15, at St. Joan of Arc Catholic Church, 2601 San Ramon Valley Blvd, San Ramon. In lieu of flowers, Tom requested a donation be made in his name to the Tri-Valley Community Television Foundation, with contribution details available online at www.tv30foundation.org/