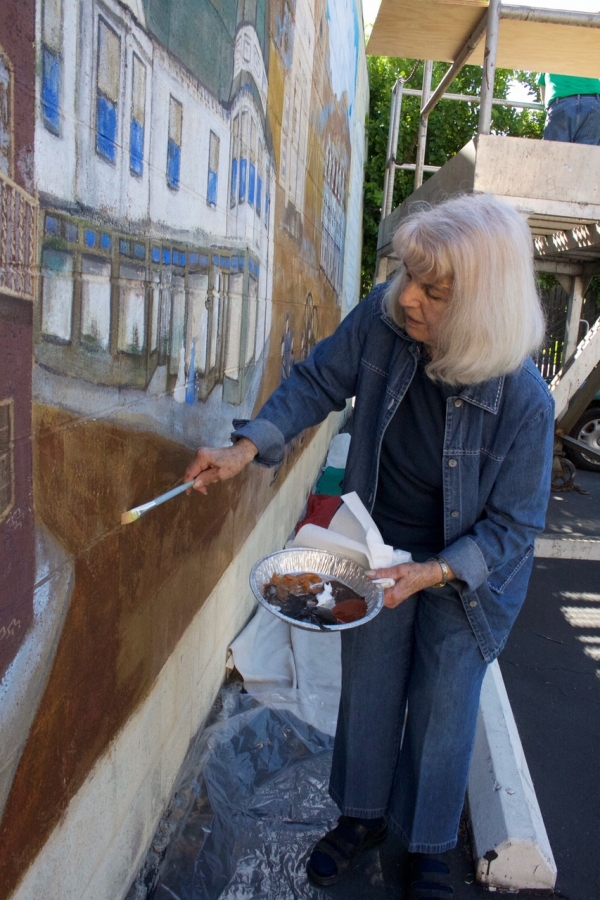 Pleasanton's Cultural Arts Council is one of 15 nonprofits that will benefit from the Pleasanton Weekly's 2018 Holiday Fund campaign now underway. And deservedly so.
Incorporated in 1979, the nonprofit promotes arts, provides facilities for arts activities and creates an environment where residents can pursue and enjoy a wide range of cultural opportunities.

Since then, PCAC has supported the arts community by providing public relations and strategic planning seminars for local arts groups through its quarterly newsletter, an arts calendar and programs it sponsors.

These have included classical piano concerts by Rueibin Chen, Tamriko Siprashvili, Temirzhan Yerzhanov and Klara Frei, dance and singing performances by April Verch.
PCAC also has funded the Big Draw and provided students in a local Y-Camp with art experiences. This year it is also providing Arts in Action grants to Amador Valley and Foothill high schools for their spring musical, a new potter's wheel for Village High School, a multidimensional art garden project at Mohr Elementary, and helping with funding the piano tuning and dollies for the pianos at Foothill.

"Our organization gives grants and money awards to students for their creative passions and talents," said Kelly Cousins, PCAC's president. "We had the 'Youth Excellence in Arts,' or YEA, awards in September with local high school students who were judged by professionals in their field."

The YEA awards of $500 each, given annually, go to students in writing, visual arts, music and performing arts categories. The program is supported by individually donated endowment monies and now from contributions made to the Pleasanton Weekly Holiday Fund.

But the Cultural Arts Council, like the 14 other charities the 2018 Holiday Fund is supporting, is bracing for less outside donations this year as its directors watch the effects of last year's tax law. An article in the Nov. 28 issue of The Wall Street Journal by Richard Rubin stated that the law "sharply reduced the number of people who get deductions for contributions to nonprofit groups."

"The tax law pushed millions of upper-middle-class households from itemizing deductions into a larger standard deduction," Rubin wrote. "That shift could change the annual pattern of December donations that charities count on."

According to an article by Marcy Gordon in Markets Associated Press, a central pillar of the tax law doubled the standard deduction used by two-thirds of Americans to $12,000 for individuals and $24,000 for married couples.

"That means many taxpayers who now itemize deductions will find it's no longer beneficial for them do so," Gordon wrote. "They'll find that the deductions they normally take, including for charitable giving, don't add up to as much as the new standard amount."

That's why contributions to the Holiday Fund are so important. Most donors give $50, $100, $200 or even larger amounts without concern for tax deductions. They donate because they genuinely want to help support local nonprofits, such as the PCAC.

Instructions for donating to the 2018 Holiday Fund can be found in Friday's issue of the Pleasanton Weekly and also at www.pleasantonwekly.com

Thank you, Pleasanton Weekly, for including Pleasanton Cultural Arts Council (PCAC) in your Holiday Fund. We appreciate all the generous gifts and donations we have received in the past and during this current campaign to keep the Arts Alive in Pleasanton. Our long history in Pleasanton began with dedicated people working on behalf of the community to help fund programs such as the Strings-in-the-Schools at 4-5 grades eventually resulting two full orchestras at our local high schools. Among the long history of worthwhile projects for over 48 years, the PCAC group also spearheaded the planning for the Firehouse Arts Center and helped support the Pleasanton Cultural Arts Foundation to raise money to build this cultural gem in downtown Pleasanton. This year's Arts in Action Grants for the Pleasanton Schools continues to provide worthy projects with the necessary support to keep them thriving for all of our PUSD students. The YEA Awards granted $3600.00 in awards to talented musicians and visual artists in our high schools after a competitive adjudication process. We provide these grants by organizing a benefit concert each year. Our upcoming Benefit Concert is on March 1, 2019, at the Firehouse Theater featuring “Royal Jelly Jive", a fun and energetic band from San Fransisco. PCAC is currently working on planning the “Treasures of Japan" City wide event on May 4-5th, 2019 at the Senior Center. We are working with the City's Library-Community Services Department and have been generously supported by a City Zoom Grant to put on the free, family- friendly cultural event this coming spring. You can find out more about our organization, their projects and history by visiting www.pleasantonarts.org. Thanks again for your support including your renewed membership and donations to PCAC, proud winner of the Pleasanton Mayors Award in 2003,


The YEA awards of $500 each, given annually, go to students in writing, visual arts, music and performing arts categories. The program is supported by individually donated endowment monies and now from contributions made to the Pleasanton Weekly Holiday Fund.


That's why contributions to the Holiday Fund are so important. Most donors give $50, $100, $200 or even larger amounts without concern for tax deductions. They donate because they genuinely want to help support local nonprofits, such as the PCAC.