Leisure Sports of Pleasanton and the Bay Club come together

Uploaded: Nov 27, 2018
Pleasanton-based Leisure Sports, Inc., parent company of ClubSport, evolved into the next phase of its growth this month when it sold five clubs to The Bay Club.
Steve Gilmour, founder and CEO of Leisure Sports, said the two companies will collaborate on future ventures with Bay Club’s large facilities potentially serving as “hubs” with Leisure Sports’ new F3 boutique clubs being spokes in key cities.
The leadership of the two clubs have similar visions of combining fitness with hospitality and Gilmour said the timing was right for the deal.
“It’s a great company and we are aligned with same type of product. The Bay Club was just acquired by KKR, so it has great financial backing,” Gilmour said. “it’s perfect timing to bring two companies together.” 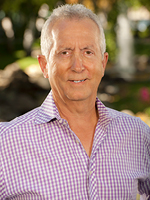 Bay Club is acquiring the ClubSport locations in Pleasanton (the original), Walnut Creek, Danville, Fremont and Portland. It gives the firm an instant East Bay footprint to complement its clubs in San Francisco, on the Peninsula and in Marin County. For ClubSport employees, they will have the opportunity to grow with a larger company that shares the values of their current employer.
For Steve Gilmour, it marks another shift in the company’s history in the East Bay. He and then-partner Dennis Garrison launched their business in 1979 in Dublin and then purchased Tennis Town (ClubSport) when it became available in 1980 (before Hacienda Business Park). Sports—tennis, racquetball, basketball—were key features of the club and its competitors.
They launched the hotel coupled with a sports club when with the Hilton at the Club (now the DoubleTree) in 1985. That was a pioneering move and Leisure Sports has owned that model for more than 30 years until other firms started moving into it.
As fitness has become more significant to clients, ClubSport expanded those offerings, while maintaining its goal of being a family club.
“We always wanted to be the third place besides home and work. We wanted to teach your kids to swim and offer the camps for them, Gilmour said. “It always has been about lifestyle with us.”
The company partnered with Marriott to build the Renaissance ClubSport in Walnut Creek, the first build-from-scratch club/hotel facility that opened in 2002.
Leisure Sports has operated a smaller club (25,000) square feet in Danville and used that to test elements of its newest offering, Formula 3 that will open its first site in Lafayette next year. It’s about 7,000 square feet with two studios and will offer a significant brand of fitness.
The three Fs are: forge, fire and flow. Forge workouts strengthen the body, while fire workouts are focused on the cardiovascular system. Flow focuses on breathing, movement and the mind/body connection. These will be held together with an app that tracks engagement and connects members to their fitness track. It’s marrying high-intensity training with the mind/body under one training discipline.
They plan to develop these in both upscale suburban markets as well as urban sites.
In addition, the company has purchased a 60,000-square-foot building in downtown San Jose where it is planning a social and fitness club. Gilmour described it as having a rooftop bar with lots of games and activities (art shows, readings), some working space as well as meeting and gathering spaces. It’s aimed at the millennial audience that has been drawn to downtown San Jose that is poised to grow with new apartment buildings as well as the potential Google Village where as many as 20,000 people eventually could work.
For Gilmour, 2019 will mark 40 years in the fitness industry. He said he’s excited about creating new concepts such as the Studio and Formula 3 and has a team around him to execute day-to-day on the strategy.
When the Bay Club deal is finalized, it will have about 120,000 members and more than 6,000 employees.

The Readers' Choice ballot is here

It's time to decide what local business is worthy of the title "Pleasanton Weekly Readers' Choice" — and you get to decide! Cast your ballot online. Voting ends May 16. Stay tuned for the results in the June 25 issue of the Pleasanton Weekly.