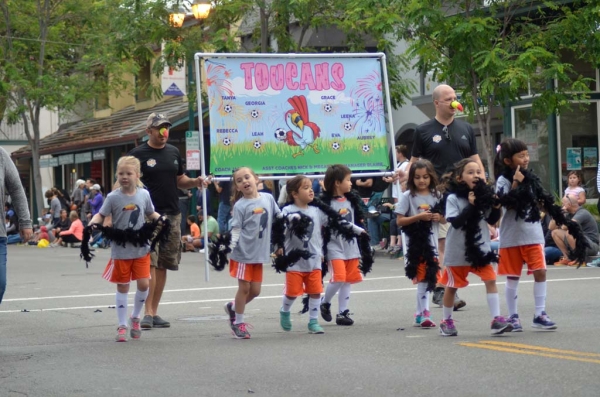 The boys' Ballistic United Soccer Club and girls' RAGE teams will be staged by age group and club, parading south on Main Street from Saint Mary Street to Angela Street, where the marchers will then turn back onto Peters Avenue to end the parade.

Recreational and competitive teams will be participating in the parade with prizes to be given in various categories.

Players will assemble starting at 7 a.m. on St. Mary Street with the teams forming in parade procession at 7:15 and the parade kickoff at 7:30 a.m.

Teams have been told that no one can throw candy or trinkets to the crowds lined up on Main Street sidewalks as has been done in the past.

Games will start after the parade. For more information, check out the BUSC website: at www.busc.org or the girls' soccer website at www.pleasantonrage.org/