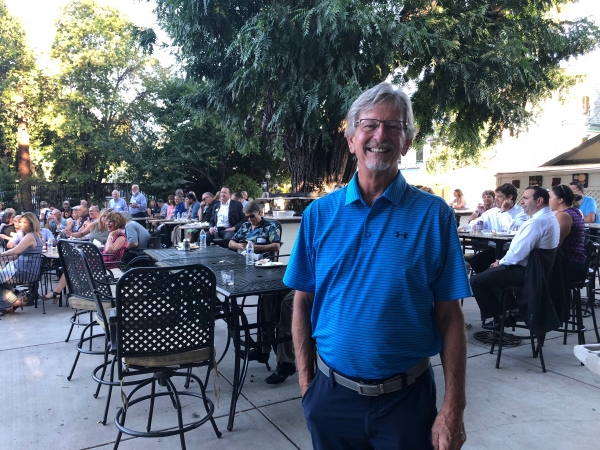 Scott Raty (pictured), former CEO of the Pleasanton Chamber of Commerce, left his office Wednesday, leaving behind a legacy of programs and accomplishments during his 16 years of chamber leadership.

Steve Van Dorn, who has extensive experience in business-related organizations including most recently as the CEO of the Pleasant Hill Chamber of Commerce, has been hired to succeed Raty.

Raty's retirement marks the end of a 31-year career. He was first hired as the Pleasanton Chamber's chief executive in 1984. He left in 1989 to join a business partnership, and in 1993 was hired to head the Hayward Chamber of Commerce, working there for the next 15 years before being hired back by the Pleasanton organization in 2007.

In a recent interview, Raty said his first five years at the helm of the Pleasanton Chamber were markedly different from the issues facing the city when he returned in 2007.

"The mid-1980s were the heydays of development here, kind of like the gold rush for commercial real estate and housing growth," he said. "Those were the years of major developments, especially in Hacienda Business Park.

The focus had changed by the time he returned 15 years later. The chamber needed to be more focused on advancing public policy so that the city's economy would keep growing.
Raty says the chamber is organized to benefit businesses by creating and promoting economic opportunity and strengthening and educating its members and the community by influencing public policy.

In that regard, the chamber's political action committee under Raty has become an influential arm of the organization. In recent years, it has endorsed and helped elect many who have served on the City Council in the last 10 years, divesting that governing body of a vocal minority that was taking the city in a different direction.

More recently, Raty has added the Pleasanton school board to the chamber's sphere of influence.

Raty also has broadened the chamber's outreach beyond just its business members but also to the whole community. The chamber's newsletter now appears in the Pleasanton Weekly six times a year.

"That means that the roughly 150 businesses involved in each issue of that publication are noted by the 14,000 households that receive the newspaper and, of course, by many times more than that in terms of those who read it," he said.

Raty credits his Pleasanton Leadership program with enhancing the outreach of the organization. More than 30 have signed up for this year's program that starts in September.

"We've now graduated some 750 in the program, which is a wonderful way for keeping people engaged in our community," Raty said.

What's ahead for Raty, who moved to Pleasanton in 1977 when he and wife Cathy married? Not much except to golf with others also available on weekdays until she retires from her banking job downtown. Then they'll take more trips to see sons Mike and Adam and their two grandchildren in Austin, Texas.

"One thing I won't do," Raty insists, "is to run for public office!"