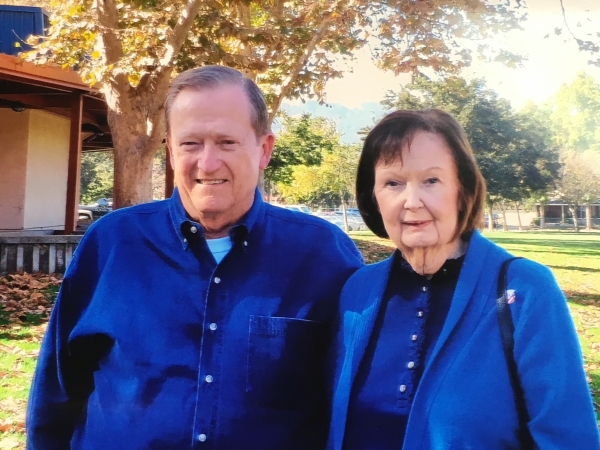 Pleasanton's First Lady Sandi Thorne, wife of Mayor Jerry Thorne (both pictured) , was laid to rest Aug. 10 after a funeral mass at St. Augustine Catholic Church. Born Aug. 14, 1937 in Danbury, Conn., she had a remarkable life that touched thousands of us along the way.

I knew Sandi since Jerry Thorne's early days on Pleasanton's Parks and Recreation Commission. Their daughter Keri was a champion on the Pleasanton Seahawks swim team, where Jerry was president. This required one of them to drive Keri to the city's aquatic center before 5 a.m. (winter and summer) for practice. Sandi told me they were overjoyed when Keri turned 16 and could drive there on her own.

Despite her busy schedule, Sandi always had time to travel to Lausanne, Switzerland to see Keri and her husband David Gough, where they live and work. Most recently, the travels became even more exhilarating with the birth of two grandchildren: Ellis, now 3, and her baby brother Finn, born last February. They were all here in Pleasanton with "Grandmommie" in early August during Sandi's final days.