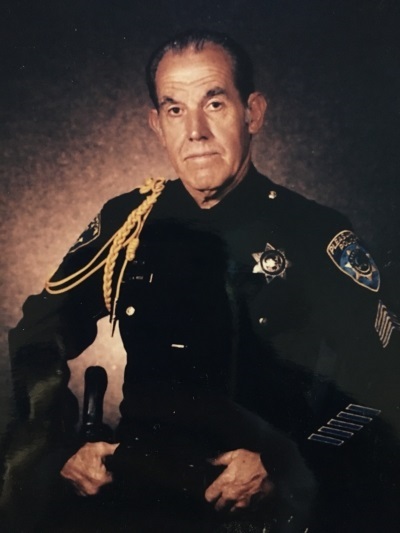 Born in Hayward, Sgt. Rose joined the U.S. Army after high school and served during WWII. He later joined the Navy for service during the Korean War. He joined the police department in 1956, serving for 29 years before retiring as a sergeant in 1985.

“I’m saddend by the loss of this icon in the Pleasanton community,” said Police Chief Dave Spiller, who delivered a eulogy at Tuesday’s service. “Joe Rose was blessed with a long, full life. All of us at the Pleasanton P.D. are celebrating Joe and his life as a gift to each of us.”

Spiller continued: “Joe really was an incredible guy, a family man, a loveable, gentleman of this great community. He was an honorable veteran of both the U.S. Navy and the Army and, of course, a proud police officer and ultimately a sergeant. Joe was a good cop, a cop’s cop!”

Sgt. Rose was predeceased by his wife, Millie Rose and is survived by his children Joseph Rose II (Donna) of Pleasanton, Luanne Rose (Bob Kitson) of Pleasanton and Frank Rose of Stockton, as well as grandchildren Mirissa Rose and Millie Sansom of Pleasanton. 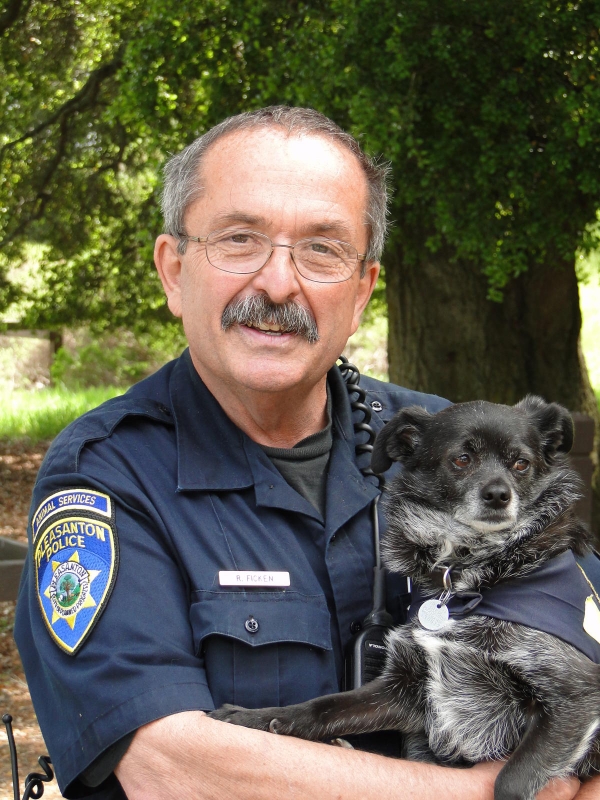 Retired policeman Roy Ficken, who was at the service, said he first met Sgt. Rose when he joined the force as its animal services officer in 1981.

“I was totally new to law enforcement at the time,” Ficken said. “Joe impressed me not only with his stories about the history of Pleasanton, which he loved, but also with his great attitude for police work. It was an honor to work those years with him.”

Ficken retired in 2011 along with his well-known police K-9 Gandalf II, a Chihuahua-Schipperke mix named after the powerful wizard in J.R.R. Tolkien’s “Lord of the Rings.” Tiny Gandalf, not large enough or trained to be a real police dog, was nevertheless a great community relations asset for police.

In addition to handling animal related calls, the duo spent time educating children about animal safety. Always with Ficken, Gandalf responded to calls in an effort to help, earning the title of police “therapy” dog.

Gandalf served with Ficken for eight years in a city where there are 2-1/2 pets for every household. He died March 1 after dementia sapped his life. Ficken said Tuesday’s funeral service gave him the chance to say a prayerful last goodbye both to Gandalf and to his longtime police sergeant friend Joe Rose.