﻿ Time to help Milfleur’s Terri Carlson, who is recovering from a stroke | Around Town | Jeb Bing | PleasantonWeekly.com |

Time to help Milfleur’s Terri Carlson, who is recovering from a stroke 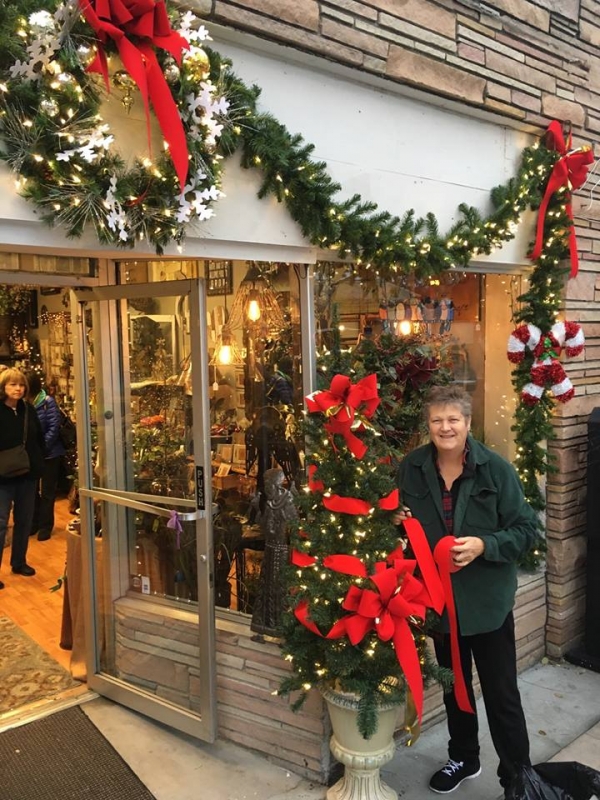 Terri Carlson (pictured), owner of Milfleur in downtown Pleasanton, suffered a stroke Monday, March 12. Doctors speculate that she could face many months of rehabilitation. I am re-posting a report from Facebook, which is both a tribute and commentary on this devoted Pleasanton woman. I’ve known her personally for many years and join the rallying cry of her many friends in a community-wide fundraiser and call for her speedy recovery:

Terri has always felt that each person crossing the threshold of Milfleur does so for more than shopping. They come in to share a sense of community, soulful connections and love – the things Terri most values in life.

Terri has created a magical oasis at Milfleur and those of us who frequent her shop know all about that magic, whether you are looking for a special gift made by local artisans or just need a warm embrace and listening ear. The door is always open.

She has been a businesswoman and supporter of the community since 1979 when she opened her first design studio and shop in Pleasanton, then called Mother Nature’s.

Terri has lovingly donated to local charities and held countless fundraisers for organizations such as Paws in Need, Open Heart Kitchen and the Amador Valley High School PTSA.

Milfleur has been voted “Best Place to Buy a Gift & Home Décor.” For 14 years, Terri used her creative artistry to decorate Castlewood Country Club during the holidays. Her beloved husband Rick has a worked alongside her, creating the beautiful space that is Milfleur, and has assisted with fundraisers and events. Her daughter Sierra has been involved in helping her parents with the shop over the years, all while balancing school and creating a fulfilling career for herself – making this the true embodiment of a family business.

Terri has been a blessing to our community for many years. Now, she and her family need our support and love more than ever.

Please consider donating and spreading the word to those who have known Terri and felt her warmth and love throughout the years. Donations can be made at her store, which is now back at 200 Ray St., between First and Main streets.

Having had a stroke in the past, I know that it's possible to lead a happy and productive life.

Gracias for your support of Paws in Need, Open Kitchen, the PTSA! That is a seriously BIG MITZVAH! THANK YOU!

RECOVERY TAKES TIME AND WORK...YOU CAN DO IT!