Uploaded: Feb 28, 2018
Growing up in Livermore, Kevin Adler loved his favorite uncle who wrestled with schizophrenia.
Mark was the guest of honor at family Thanksgiving and Christmas gatherings despite struggling with mental illness. During his short life, he spent more than one period living on the streets. After he died at the age of 50, Kevin wanted to do something and launched Miracle Messages. 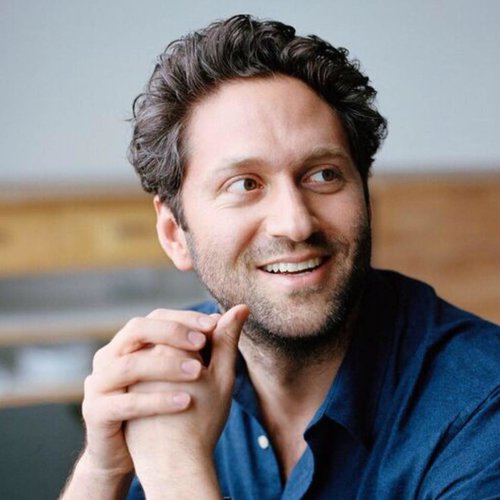 The non-profit came about when Kevin visited with people living on the streets in San Francisco. He invited some to record a message to their family on his cell phone. Utilizing social media, he then worked to find relatives and connect them with their loved one.

Speaking to the Barnabas Group of the Bay Area earlier this month in Danville, the key question he asked himself was: “How would Jesus use a smart phone?”

He took a walk down San Francisco’s Market Street in December 2014 with warm tea, hot biscuits and a simple question: “do you have any family or friends you would like to record a message to for the holidays.”

When several people said yes, he recorded the messages and used social media to connect them with family and friends. That led him to found Miracle Messages with the key goal—to re-establish the social support system for people who have been living without one.

The lack of those social connections leaves people experiencing homelessness isolated and trapped in the loop of short term programs that amount to bandages.

“They see themselves as worthless. Homelessness is not about housing—it’s the loss of family and friends,” Kevin said.

Kevin bootstrapped his organization until Miracle Messages received a grant from the Tipping Point Foundation. The non-profit also has received corporate support from several companies and has ambitious goals.

Those goals are designed to serve people and drive down the costs. For the 100 connections, the expense was $10,000 per individual. His goal is $100 per connection.

Compare that with the $40,000 to $80,000 cities are spending annually per homeless person. Even at $10k, that’s a bargain for taxpayers to say nothing about the huge victory for people who are reconnected with family and friends.

Those are ambitious goals that have a business focus—interestingly both Kevin and his operations director hold sociology degrees. I also hold that degree and have always considered it as one that is basically unemployable (I already was working full-time at a newspaper when I went back to Cal to finish a degree and selected a major that I was interested in with no thought of employment—my view has not changed until I met Kevin.)

Miracle Messages core approach is making face-to-face contact with a person on the streets and then moving to the message with a cell phone. Kevin, notably, is taking that in a different direction by removing the technology from the first phase. He’s now encouraging volunteers to connect and then give people a business card with a phone number.

That takes away the potential connection barrier of technology, but still relies on technology for the connection.

He’s welcoming both volunteers who want to connect with people experiencing homelessness and those who want to be social media sleuths who search out potential connections for people who record messages.

Kevin knows that some family relationships are broken beyond repair as well as connections with some former friends. In those situations, his organization will connect people with local organizations who can provide that social network.

What an uplifting story. GRACIAS!

Doing more with the natural spaces we have
By Sherry Listgarten | 8 comments | 3,382 views

The future of homework
By Monith Ilavarasan | 0 comments | 648 views