Uploaded: Jan 30, 2018
When Carol Patterson joined Shepherd’s Gate as its CEO in January, it marked the second time God has called a person with a tech background into ministry to lead the shelter for women and their children.

Carol spent 23 years as an executive in the technology industry, taking part in two initial public offerings as well as the sale of a company to Oracle. Her predecessor, the late Steve McRee, also worked in technology before God called him into ministry. Shepherd’s Gate, with campuses in Livermore and Brentwood, was founded by Alice Ann Cantelow after she retired from her career as a park ranger.

For Carol, the transition started after she had begun volunteering in East Palo Alto with CityTeam’s after-school program. That volunteer service, which took place a few miles from her corporate headquarters, opened her eyes to the challenges these young people faced.

“It was a very dangerous area in that time. I saw three very faithful women serving God by serving these children every day,” she told me earlier this week. “Kids suffered from hunger, neglect and abuse. A 10-year-old boy doesn’t want to go home because his mom has multiple boyfriends and she did not want him to come home. He said he hung out where the police department would not pick him up.” 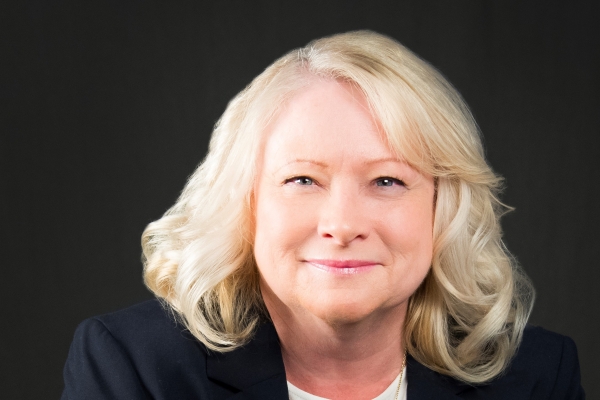 That experience led her to advocate for children in poverty and to invite other technology executives and workers to join her in volunteer work.

She was looking for another volunteer opportunity on the CityTeam website when she saw an executive job posting. She called her husband, Rich, and asked if they could take a big pay cut. He responded that they have been blessed and it was time to give back.

The process took quite a bit longer than she anticipated. Headhunters had regularly tried to poach her for other tech companies. She applied and interviewed for the CityTeam position, but it took three months before the job was offered. When she asked about it, they said they were not concerned with the pay cut she was ready to accept, they were seeking God to ascertain that she was called to the position.

Seventeen years later, after world-wide travel to CityTeam operations around the globe, the call was clear. She described one motel in Northern Kenya where the proprietor would lock guests in their rooms for their own safety. The international travel involved Muslim countries where it was dangerous to be identified as a Christian.

Some of her best memories are seeing two truckloads of new believers singing as they drove up to a river to be baptized as Christians. Or seeing new believers baptized in cattle troughs surrounded by Muslin businesses.

“Transferring over was an act of obedience—I heard his calling on my life. The ministry has not been safe. We have worked in the most dangerous areas of the country with very high crime rates. I had a big body guard with me in downtown L.A. and visually I saw Jesus walking with me,” Carol said.

She credits her entrepreneurial bent to her parents who left England in 1957 on a cargo boat with 10 passengers en route to the United States. She grew up in the Concord area. Her dad worked cutting asbestos (before it was recognized as a health issue) as well as smoking two packs of cigarettes today. His job and habit hit hard, and he died of cancer in three months while Carol was in a Catholic high school.

That devastated Carol because her dad was her rock. When she went back to school, she was informed that she needed to pay her tuition or leave—no scholarships were available. A couple of her girlfriends stopped by to check on her and said they had started working at Macys. Carol applied—was hired—and a week later went back to school paying her school fees. She worked for Macys for six years and said she turned her back on God because of her father’s death.

That took her on to Diablo Valley College where she met Rich. He took her to his church, New Hope, and the start of a relationship with Jesus.

That budding relationship hit its epiphany moment when she had been looking for an apartment in Los Angeles with no success. She cried out that if God was real, he would find her an apartment that day. She rented an apartment that day and started attended a Baptist Church in Santa Monica where her friend, Rich, had gone while he was attending UCLA. The pastor was wise and reached out to her mother with notes and copies of the weekly bulletin so when she went home her Irish Catholic mother praised the pastor.

When Rich finally proposed, more than 15 years after they met and became close friends throughout that time, the Santa Monica pastor and the San Mateo pastor co-presided over their wedding ceremony.

Now settling in at Shepherd’s Gate, she’s learning more about a program she already knew about and starting to ask how the women and their children can be served even more effectively in the 12-month program.

Governor starts to get serious about reopening schools
By Tim Hunt | 7 comments | 1,583 views