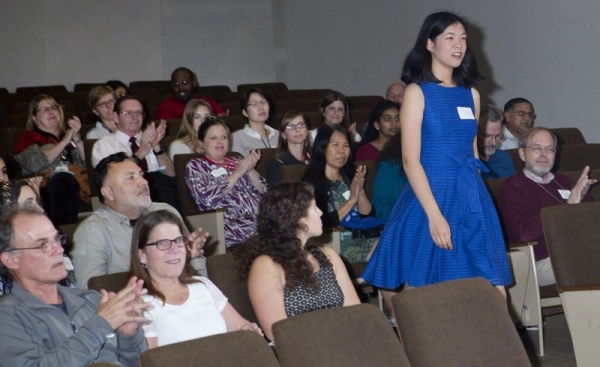 Top girl scholars from the junior classes in Bay Area high schools, including four from Pleasanton, have received merit awards in math and science from Sandia National Laboratory in Livermore.

Among those honored by Sandia for high achievement in STEM (science, technology, engineering and math) programs were April Chen, a junior at Amador Valley High School, and fellow junior Elena Zhang, from Foothill High School for their accomplishments in math.

In her remarks to the students, Heidi Ammerlahn, director of Homeland Security and Defense Systems, touched upon her academic and professional journey and the role Sandia plays in ensuring a peaceful world.

“At the beginning of my career, I knew I wanted to do something with math and computer science,” Ammerlahn said. “But I also wanted to be involved in public service and serving my country. Sandia has allowed me to do both.”

Ammerlahn also discussed a major theme that emerged in this year’s nominations, mentorship.

“You all aren’t just incredibly hard-working,” she said. “You also went out of your way to motivate your peers and help others,” she said. “It says so much about you as human beings and future leaders.” 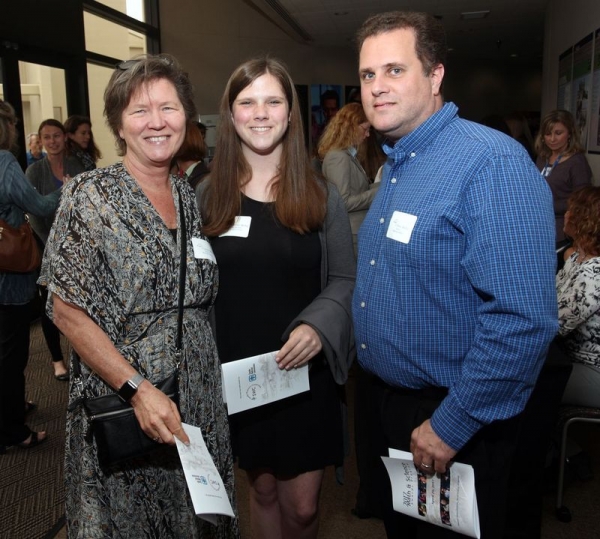 Kelsey Tresemer, an engineer with Sandia’s Advanced and Exploratory Systems group, shared her journey from a freshman theater major to nuclear engineer. She impressed upon the awardees not to be afraid to explore and change their minds.

Sandia Business Development Manager Annie Garcia, who led the Math and Science Awards planning committee for the first time, said she was proud to be part of the program.

“I was drawn to the Math and Science Awards because of its impact on young women during a pivotal time of their lives,” Garcia said. “We all need a little encouragement from time to time, so it is a pleasure to be a part of something that recognizes the achievements of the next generation of STEM leaders.” 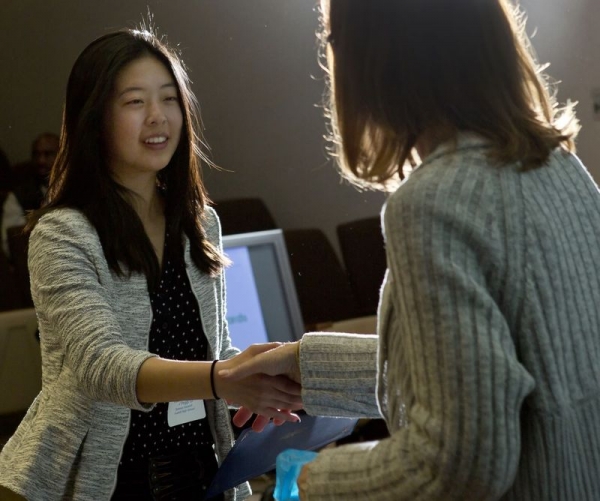 In addition to the four girls from Amador Valley and Foothill high school merit award recipients, other high school juniors honored for outstanding achievement in mathematics:

Sandia is a multimission laboratory operated by National Technology and Engineering Solutions of Sandia LLC, a wholly owned subsidiary of Honeywell International Inc., for the U.S. Department of Energy’s National Nuclear Security Administration.

EDITOR'S NOTE: Photos above, by Dino Vournas, are (from top to bottom) April Chen, Amador Valley High; Makenzie Melby, of Amador, with her parents, and Peggi Li, Foothill High..


If you are going to out side you home and make journey then this website will be very helpful.
[url=Web Link august calendar 2017 printable template[/url]