﻿ Gaga over Tony and the Lady | The Observer | Roz Rogoff | PleasantonWeekly.com |

Gaga over Tony and the Lady

I was at Lady Gaga and Tony Bennett's show at the Concord Pavilion last night. I was so impressed with their performance on the PBS special I bought tickets to the local show as soon as they went on sale. Despite the article in Wikipedia, the price was nowhere near $239 in Concord.

Tony Bennett is better than ever now. It's hard to believe he's 88 years old. Back in the 1950's when I was 11 or 12, I was confused by the two Tony's, Bennett and Martin. They both appeared in movies and TV. I asked my mother which was which. "Tony Martin is the good looking one, and Tony Bennett is the better singer." She nailed it at the time, but Tony Bennett aged well and looks great now! 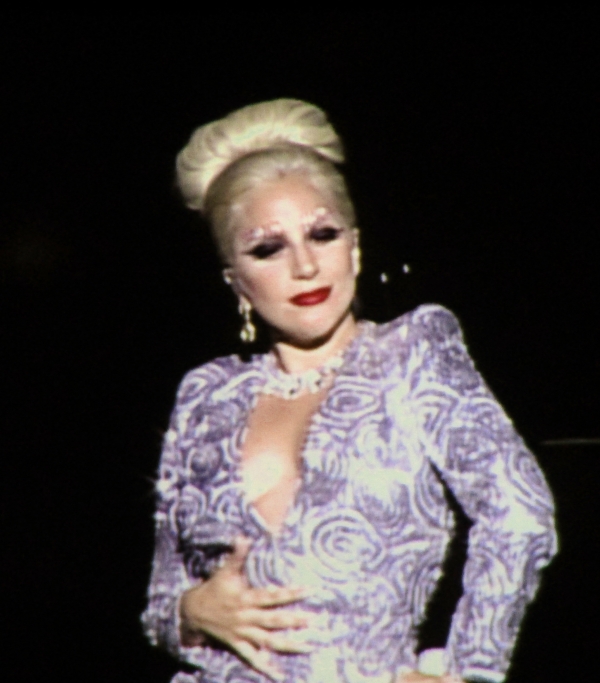 It's hard to believe Bennett is almost 70 years older than she is. They make a perfect pair singing standards by Cole Porter, George and Ira Gershwin, and Irving Berlin from the Great American Songbook . 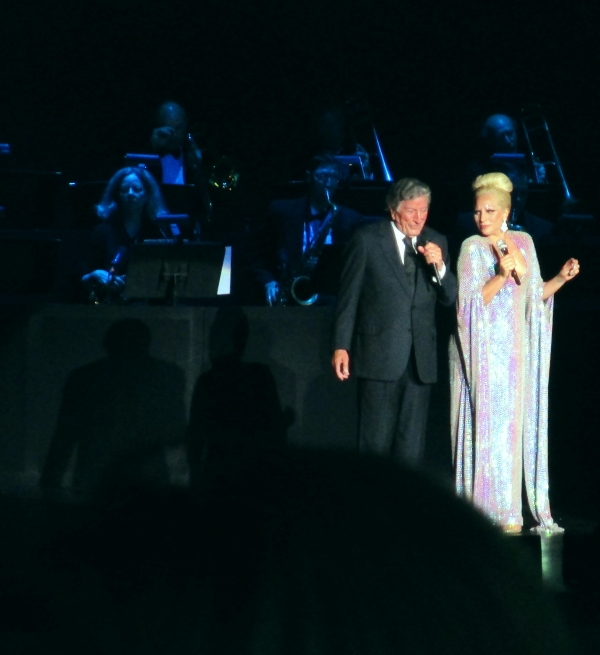 My sister and Bother-in-law drove in from San Francisco to pick me and my neighbor Sally up for the show. I had to go back to the house for my cane, which I needed for walking up and down stars at the Concord Pavilion. But I forgot to bring my hearing aids.

I could hear the singing with no problem, but I didn't understand some of what Lady Gaga said or what my brother-in-law said. I could understand Tony and my friend Sally, but I never can understand much of what my sister says hearing aids or not.

They picked us up at 6:30 pm and we arrived just in time to take our seats when the show started at 8:10 pm. I thought there would be an overture by the orchestra for the first 10 minutes while people got seated, but Tony Bennett started immediately.

Getting there with all the traffic on the 680 and seven miles of stop and go traffic from the Freeway to the venue took longer than the show, but the show was great. Getting out of the parking lot took another half hour.

I thought there would be an intermission. The show ran for about 90 minutes and that was that. They didn't even come back for curtain calls. Of course the San Franciscans in the audience cheered Tony on "I left my Heart in San Francisco." This was their only stop in Northern California on this tour, which will extend all over the World for the next several months.

I took my new Cannon camera which is supposed to be all automatic, but most of the photos came out blurry. I'm posting the best ones, but even these are not great. I might switch back to my Kodak camera again. I'll have to practice more with this new one.

If you are a Bennett or Gaga fan and were not at the show last night, you can still catch them this weekend at the Hollywood Bowl in Los Angeles. It's a show worth flying down to LA to see, but you might have to pay scalpers for tickets.

Roz...I am so tickled by the cheating heiress, Web Link that I will just slip away from my dogs tomorrow and buy myself a double bacon cheeseburger and I mean it!!! I glad that that miss thing got BUSTED and that the person who ratted her out is a woman by the name of Elena Martinez...tee hee hee...extra loud! HOORAY! no mercy...and I mean it!!!