The race is on to fill the State Senate seat vacated by Mark DeSaulnier's election to Congress last year. Two Democrats and one Republican are running. Rep. Joan Buchanan and Susan Bonilla are running on the Democrat ticket and attorney Mark Meuser is running as a Republican.

I don't know much about Susan Bonilla but I know more than I want to about Joan Buchanan. She was so dedicated to our District that a few months after being elected as our Representative to the State Assembly, she threw her hat into the ring to run for Ellen Tauscher's Congressional seat. Now that Buchanan is termed out of her Assembly seat, she has her eye on her next step up to State Senate. I'm not for that.

Buchanan's Democrat opponent, Susan Bonilla, lists a summary on her website of Bills she authored that were passed last year. If Bonilla and Buchanan were the only two running to fill DeSaulnier's Senate seat, I would choose Bonilla over Buchanan at this point.

However, there is a third choice and a chance to elect a Republican to the California State Senate ? Mark Meuser. Meuser, unlike Bonilla and Buchanan, is NOT a career politician. He's a lawyer with a good sense of humor about himself. 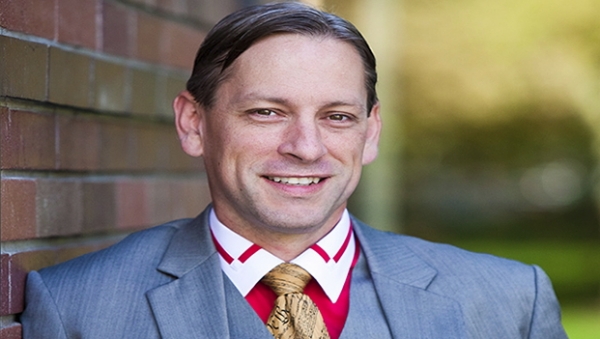 He presents a lot of common sense and straight talk on his website. He doesn't take politically popular positions. He looks at issues from a pragmatic perspective that almost anyone, Democrat, Republican, or Independent, could agree with.

Watch his video on the high speed train. He doesn't waste time attacking the train. He concentrates on our need to spend the money to maintain our roads and bridges to keep them from deteriorating. He makes the case that money is needed to improve transportation infrastructure and not for adding another new system to it.

I'm impressed with Meuser overall. As he puts it, he's not another Republican obstructionist. He's pragmatic and logical and wants to address real problems with realistic solutions. He's pro small business and animal welfare, which I am too.

Meuser doesn't have the name recognition of his two Democrat opponents, but he has a lot of common sense proposals about fixing some of the state's woes. He needs to get out and get better known. He's a refreshing change from the usual candidates with a party agenda.

Our District proved that a Republican CAN get elected in California by electing Catherine Baker to the State Assembly from the 16th District. We now have another chance to change the status quo in Sacramento. If enough Republicans, Independents, and open-minded Democrats vote in the March 17th primary, Mark Meuser could have better than a snowball's chance in a San Ramon summer of being our next State Senator.

The TriValley Democratic Club will meet to elect Club Officers for 2015. Followed by a Candidates Forum for California Senate District 7 vacated by Congressman DeSaulnier. Assembly members Joan Buchanan & Susan Bonilla will tell the club why they deserve our endorsement. Q&A will follow. Members will vote by secret ballot on who to endorse. Press & public invited. Refreshments.


When the Democrats meet at this union hall, do they get to use the facility for free or do they have to pay rent?


Thank you for the comment Mr. Goldberg. I shall try to attend your meeting and write up something for my blog, which of course is mostly my opinions. I'm sure someone from the News or Editorial Staff will cover the meeting for the papers.


I look forward to high speed train rides with me buds...a cool picnic, and fun senior company...what else is there?

You don't need to wait for a high speed train. There are regular trains from SF or SJ to LA or Las Vegas. Nice to sit in the Dining Car and relax.

For a shorter trip try the ACE train from Livermore to Great America and go on some of the rides there. When I was working on contract to HP in Mountain View I used to take the ACE train from Dublin to San Jose and a trolly to HP. Much more relaxing than trying to drive.

Report Objectionable Content
+   1 person likes this
Posted by Michael Austin, a resident of Pleasanton Meadows,
on Jan 17, 2015 at 6:48 pm
Michael Austin is a registered user.

I have been registered democrat for over fifty years. I started voting for the republican ticket since the Mary Hayashi, Leland Yee and other democratic scandals.

A coupe of years ago a TROLL posted a derogatory comment on this forum regarding Alameda County Supervisor Haggerty. Haggerty's chief of staff sent me a nasty email crediting me with the TROLL comment. When I pointed out to the chief of staff that I blog with my birth name and post my picture with my blog, and my editor backed me up. He responded with a half hearted apology.

My point is, when some of these folks are elected to office, they assume a entitlement mentality and exhibit an aloofness and sensitivity demonstrating their disdain towards their constituent.

SO, I will be voting your republican recommendation Mike Meuser in this election to replace DeSaulnier.


Thank you for the comment, Michael. I have never been impressed with Supervisor Haggerty, which is one reason I'm glad I don't live in Alameda County.

It has been pointed out that the founding fathers did not expect political office to be a full-time, permanent job. Too bad it didn't stay that way.


Roz - You would be even less impressed with Haggerty if you had to make the Sunol Grade Express Lane commute everyday. Because of Haggerty's insistance that this stupid Express Lane be built instead of the northbound carpool lane that Caltrans had intended to be in service by 2005, we now have more congestion, both southbound and northbound, then we did before the Express Lane was built. Thanks to the metering lights that Haggerty mandated with the Express Lane, there are backups into Pleasanton city streets where none existed before. His cockamamie ideas are just turning our freeways into big paraking lots. I have to give kudos to southern California. At least they are trying to help the commuter. I do not know what Haggerty is trying to do, but his ideas are certainly not making my commute life any easier.

The commute in the morning going south on 680 from Pleasanton through Sunol is a nightmare. And north-bound in the evening is ridiculous as it snakes all the way from the first Mission exit, to finally breaking up near the Sunol golf course.

San Diego put in more lanes (including express lanes) on why 15 north and south and the difference is astounding.

We have the absolute worst highway priorities in norcal.

ps, 680 is still torn up by deep potholes that NEVER get repaired.