After I posted my interview with Ellen Corbett, one of my readers, "Westerner," asked if I would be interviewing the Republican candidate too. I hadn't thought about it because voter registration in the 15th Congressional District is almost 50% Democrat. I assumed that a Republican wouldn't have a chance of being elected.

I shouldn't make such assumptions without at least giving the Republican candidate an opportunity to speak for himself. So I emailed Hugh Bussell last night and left a phone message this morning. He returned my email and suggested we meet at 4 pm at Specialty's in Stoneridge Mall.

I researched Mr. Bussell on his campaign website and in an article about the candidates in the Livermore Independent. 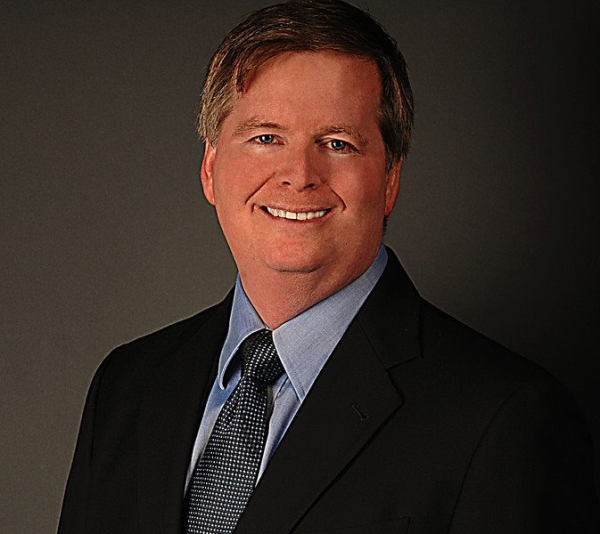 Mr. Bussell has a degree in physics from U.C. Berkeley and earned his teaching credential from San Francisco State University. He is "Content Development Manager - Integrations" at Workday in Pleasanton and taught High School Math and Science at two public schools in the area.

Instead of depending on Government to do everything, Bussell would like the private sector take on more. "I'm trying to be a realist about economics and business. Government subsidies are not the way to go. Government should be more like a referee and protect people with fair laws and not get in the way of our economy. Politicians put their thumb on the scale and favor one company or industry over another, getting in the way of job creation."

He cited the new California law requiring cell phone manufacturers to add a "kill switch" to all new phones in case they are stolen. He considers this an unnecessary intrusion into commerce. If cell phone buyers want phones with kill switches, companies will make them. Let the market determine what buyers want or need.

The Tri-Valley cities, Danville, San Ramon, Dublin, Pleasanton, and Livermore used to travel as a group to Washington, D.C. to ask our Representative for money. I recalled that when Republican Richard Pombo was our Congressman, he worked with Senator Diane Feinstein to bring grant money for improvements to water systems and distribution of the recycled water from the Dublin San Ramon Services District.

Bussell said that rather than have tax money go to Washington, D.C., and get some back, it would be better to keep more of our tax dollars here. "I will work to cut money going to Washington DC and keep it in local government."

He wants Republican voters to know that because of new "top two" primary, voters might not get a choice between a Democrat and Republican in the fall. "If you want a Republican candidate on the November ballot, it is critical that you vote in the primary by sending in your mail ballot, or coming out to the polls on June 3rd. . . . Without your vote in the primary, you could end up with a choice between two Democrats in the Fall."

Thank you for getting that interview.
I predict that Hugh Bussell, Republican will be one
of the top two vote getters.

Hugh Bussell told me he's getting a lot of support from former Swalwell voters. I just received a postcard from Swalwell comparing himself to Bussell. His portrait of Bussell is correct, but I find I agree with Bussell's positions now more than Swalwell's. In fact if it didn't say "Paid for by Swalwell for Congress" on the front, it could have been sent by Bussell!


I agree that Swalwell has not served his constituents very well. But also, there is corruption within the Swalwell Congressional office. Here is a link to an East Bay Express story about Swalwell corruption. I have to commend the East Bay Express for publishing this, because the San Francisco Chronicle and the Contra Costa Times won't touch this story. Web Link

I read the article and it is very weak. He hired the daughter of a wealthy supporter for a $30,000 a year job on staff in one of his offices. Most of the comments ridiculed the notion that a $30K job is a cushy, political handout, unless she isn't actually working there, and that wasn't even considered in the article.

I'm opposed to Swalwell, not only because he hasn't accomplished much in two years, but he's been mailing what resemble glossy campaign postcards with government franking and flying back here every week to make appearances at every local event. This is nothing more than campaigning on our dime.

While that's not illegal and a lot of politicians do it, I want my Representative in Congress to represent me or at least some of the constituents in his district, and not himself and his ambition.

I checked their "About Us" page. Web Link

This is a long-established newspaper that mainly covers the East Bay cities to the West of the Tri-Valley, Richmond, Berkeley, Oakland, and San Leandro. It is another good resource for local news. Thanks for providing the link.


I disagree that the East Bay Express article is weak with regard to Swalwell corruption. Laundering campaign contributions through family members who don't have much of an income in order to get around campaign finance laws diminishes our entire political system. Swalwell had no problem accepting and keeping those contributions.

You are saying the $2500 the daughter gave Swalwell was really from her father and she was used to get around campaign finance laws. I thought you meant the $30K a year job he gave her. Either way it is probably suspicious, but I don't know if it is illegal. So far Swalwell has not been charged or reprimanded for it.

Does Applying to More Highly Selective Schools Increase Your Chance of Getting Admitted?
By Elizabeth LaScala | 0 comments | 1,159 views